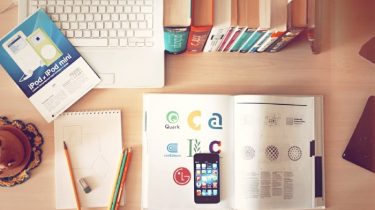 While the hosted Notebook service provides a notably convenient way to obtain a complete server for working with Amazon SageMaker, in many circumstances, there is a need for a local set-up, either due to cost, ease of access or ‘customizability’.

In this post, I will detail the motivation behind a locally-hosted Notebook Docker container and describe the various functions of the Amazon SageMaker Notebook instance that have been replicated.

This post targets data scientists and machine learning engineers who are using or planning to use Amazon SageMaker. Basic understanding of Amazon SageMaker and its Notebook instance plus knowledge of Docker would be useful.

For the busy ones, here is a quick summary:

Why do we need a Notebook instance in the first place?

Before exploring the local instance, let’s dive into the benefits provided by the Amazon SageMaker Notebook instance:

Why do we need a local Notebook container?

Note: The AWS-hosted instance and the local container aren’t mutually exclusive. You can use both at the same time, and if you set up Git integration correctly, they can be synced such that you can seamlessly alternate between the 2 choices for your daily work.

What features have been replicated?

The main aim of the local Docker container is to maintain as much as possible the most important features of the AWS-hosted instance while enhancing the experience with the local-run capability. Followings are the features that have been replicated:

This is simply taken from Jupyter’s official Docker images with a few modifications to match SageMaker’s Notebook settings, including:

The list of kernels is dynamic, i.e., a docker image can contain 1 or multiple kernels. It is set by the argument CONDA_ENVS while building the Docker images. Initially supported Conda environments include python2, python3, tensorflow_p36, mxnet_p36. Additional kernels can simply be created by adding Conda environment files in the base/utils/envs folder.

Each kernel includes both the AWS Boto3 SDK and SageMaker SDK. This is essential for all Python code interacting with AWS Services including SageMaker’s training and deployment services.

AWS CLI is installed for shell scripts interacting with AWS.

Note: Both the AWS SDK and CLI require AWS credentials configured once in the host machine.

Many SageMaker examples use docker to build custom images for training. Instead of installing a full Docker on Docker, which is a complex operation, we make use of the host’s Docker Engine instead. To achieve that, we install the Docker CLI on the Docker image and rely on the Docker socket of the host machine to connect the host’s Docker Engine. This is achieved by including -v /var/run/docker.sock:/var/run/docker.sock:ro when running the container.

Git is installed to allow git access directly from the container. Furthermore, the jupyterlab-git extension is installed on Jupyter Lab for quick GUI interaction with Git.

Just like the AWS-hosted instance, the Docker-based instance contains a Conda tab to manage Conda environments.

Note: While this has been included to mimic the actual instance, it’s not recommended that you make changes to your Conda environments from here. Instead, update the corresponding YAML files under base/utils/envs and rebuild Docker images so that your changes are recorded and can be shared with others.

All SageMaker examples provided by AWS have been mirrored in the Docker image along with the simple 2-click copy feature so that you can easily take an existing example and try it out. Other examples (from fast.ai and PyTorch) are not included yet but can be included in the future.

What features are missing?

Currently, the container is built for CPU workload only. For any local training and testing using GPU, you have to use the AWS-hosted instance. Note that if you run GPU-powered training using SageMaker’s training job, then you don’t need GPU on the local container.

Other Python-based kernels can be easily added using Conda. However, for R and Spark runtimes, more work will be required in the future.

With the AWS-hosted instance, you can run training and inference on that instance using SageMaker’s local mode. Currently, the Docker container is not set up for this. In the future, network configurations will be added to support this.

At the moment, the kernel configurations require manual updates whenever SageMaker Notebook instance is updated (new SageMaker versions). In the future, these can be automatically updated using CloudWatch Events and AWS Lambda Functions.

To keep the Docker images as lean as possible, many libraries have not been included in the given kernels. If you need certain libraries in a container, you can build your own container with a custom environment YAML file in the base/utils/envs folder. In the future, I aim to make it easier to customize this.

Some tools like nbdime, Jupyter Notebook Diff and Merge tools, and plotlywidget, an open-source, interactive graphing library for Python, should be integrated in the future.

How can you get started with the container?

Replicating it in a Docker container image hopefully further simplifies access to the SageMaker world.

Note that AWS has also provided Docker containers for training and deployment.

In future posts, I will continue looking at machine learning infrastructure using Amazon SageMaker and how we can apply best practice to both simplify and solidify these infrastructure components.