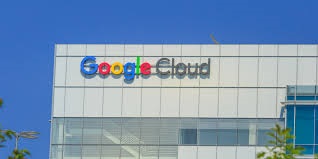 Enslin joined Google Cloud after almost three decades at SAP. With Enslin heading up sales, and Thomas Kurian at the helm as CEO, can Google Cloud bring data outcomes to the enterprise?

On a call last week with Google Cloud’s recently appointed President of Global Customer Operations, Rob Enslin, I asked him – if there were one message you’d like to get out to enterprise buyers, what would it be? His response:

That response underpins a lot of how Google Cloud Platform (GCP) plans to differentiate itself from its main competition AWS and Azure.

Enslin, who recently joined the company after 27 years at SAP, and Google Cloud CEO Thomas Kurian, who joined after 22 years at Oracle, both know what enterprise buyers want and they see a huge opportunity to craft Google’s capabilities to those buyers’ needs.

When it was announced that Enslin was joining Google Cloud, it was unsurprising that commenters and observers were quick to suggest that AWS and Azure have already won this race. The underlying suggestion being, why did they bother?

However, I’d argue that while GCP obviously has a stake in the game when it comes to IaaS and cloud platforms more broadly, Enslin and Kurian want to provide an active enterprise offering that focuses on industry-specific solutions that are driven by data and so are positioned as value add.

Google Cloud won’t just want to compete on tooling and ease of use but wants to compete on intelligence. It wants to be the enterprise vendor that has the answers and solutions to problems that are particularly challenging in a data-driven, hyper-scale enterprise environment.

Enslin’s response to why he left SAP after such a significant amount of time, and why he chose Google Cloud, plays into this. He said:

I felt that there was an opportunity for me to do something really different in the industry. What drove me was the opportunity to build a significant presence in the cloud, with Google’s backing, and with the fabulous engineering talent that we have here.

And to build applications that went past just transaction based applications – but truly have the ability to apply intelligence to massive amounts of data. Google has knowledge of vast tracts of the Internet, and how to operate in that space. Bringing many of the AI and ML technologies, for which Google is well known for, to the market. I think we will be able to provide highly differentiated applications.

Moving away from technical solutions, towards business solutions

We noted after attending Google Cloud’s annual conference in San Francisco this year that the company didn’t seem intent on competing with AWS and Azure on infrastructure alone. The main announcement from the event was Anthos, a software solution to make it easy for enterprise buyers to deploy their applications on any cloud provider (or on-premise), which was driven by the enterprise buyers’ increased desire for multi-cloud options.

Another announcement saw Google Cloud bring together a number of open-source data management and analytics companies – such as MongoDB and DataStax – into the GCP environment, offering tighter integrations. But more importantly, the announcement focused on the deal offering a neat package for enterprise buyers, including integrating billing and support.

In a recent conversation I had with CEO Thomas Kurian, he also placed a huge emphasis on providing answers to industry problems, such as the use of data in disaggregated healthcare environments. GCP has reorganized itself around a number of verticals including retail, financial services, media, manufacturing, and public sector.

The event and focus for Google Cloud wasn’t on attracting developers to its IaaS or platform environment, it was a business-led event, focused on the C-Suite. Enslin pursued this line of thinking on our call. Data and intelligent industry-driven outcomes are the names of the game. He said:

I really, truly believe that because of Google’s knowledge of how to deal with data at scale, we can offer something different. Some of the things we do with HSBC, for instance, are just phenomenal – in terms of getting hundreds of petabytes of information to do risk assessments in split seconds, or nanoseconds, versus hours and days. Those are the kinds of things that are extremely disruptive and give companies and industries an opportunity to actually change the game.

It’s really hard to do that with transaction based system systems of record. Yet we can be disruptive with systems of record and with data, like we are doing in companies such as HSBC, Target, Macy’s, and so on.

I also asked what keeps Enslin up at night. What are his biggest challenges?

Front of mind is that he and Kurian can bring an understanding of what an enterprise buyer wants and needs from a vendor, to Google Cloud. Specifically, as noted above, he wants to bring business solutions to market that make use of Google’s data capabilities. These solutions need to be simple for business buyers. And that’s not easy. He added:

We are focused on simplifying how we engage with customers, so it’s much easier to understand. We are simplifying our contracts, our pricing. For me, what keeps me up at night, is doing many things at speed and being able to execute at speed, We have tremendous support from Alphabet to support Google Cloud in what we are doing.

It’s just a matter of making sure we can hire in the right markets and bring solution sets to the market as fast as possible, and in a way that customers can understand them…in a way that adds tremendous value to them.

I’m always thinking about how do we package the solution sets so that a business leader understands it. So that it’s not a technical solution, it’s actually a business solution. And the value that they will receive is clear in understanding. We want to bring value to the company. Because if someone makes a significant investment in Google Cloud, we want to make sure that they get a significant return for that.

It’s been noted elsewhere that Kurian and Enslin are making changes to the way that Google Cloud sells, bringing in their experience from SAP and Oracle. For example, Enslin said that he is tripling the company’s sales organization. And it has been reported that remuneration packages for sales people at GCP are changing, with a bigger focus on bonuses for reaching targets, rather base salary (which is similar to how SAP and Oracle reward salespeople).

This will inevitably be a multi-year process for GCP, but Enslin said:

We have really focused on, and what I’m trying to bring, is the enterprise knowledge of how customers want to transact with Google, how they want to be supported by Google. I’m building out Google’s presence on a global basis, we have a huge opportunity in Asia, in markets around the world, where we are, I would say, in our infancy.

In a competitive landscape we will continue to compete, in certain cases, with AWS on infrastructure. But it’s more important that we produce solutions sets and go to market in a way that touches the customer base.

The diginomica team has a long-standing relationship with Enslin so we have a good idea about what he’s bringing to the Google Cloud table. His appointment, alongside that of Thomas Kurian make GCP an interesting enterprise to follow.

When I attended Google Cloud Next in San Francisco earlier this year, I had low expectations. In my mind, enterprise buyers weren’t talking to me about GCP at an IaaS or platform level – it was all AWS and Azure. However, the team went some way to changing my mind, given the renewed focus on competing on differentiated, intelligent, business outcomes. If Google Cloud can take what it does in the consumer world, package it up and make it compelling for the enterprise buyer, then it has a genuine shot at success.

That said, execution is key and Google is very much at the beginning of GCP’s plan for the enterprise. Can it make good headway? It has a lot of things going for it – leadership, an understanding of data, an infrastructure footprint, brand awareness, a focus on open source. However, GCP will still have to convince buyers that it’s a solid enterprise choice that solves some of the business’ hardest problems. Whether that can be done within a company that has a chequered history in the enterprise arena, remains to be seen. Enslin and Kurian certainly make a formidable team but they will need to convince many Googlers that the direction of travel makes sense at a company that has found it hard to move beyond its advertising business model.