Weighing the Cost of Improper DevSecOps 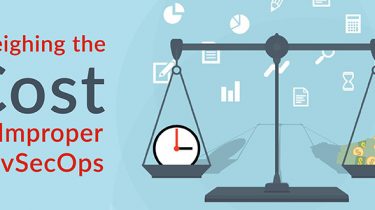 imply put, data breaches are terrible news for companies. And, the costs associated with such attacks continue to escalate. A recent IBM-sponsored report found an average price of 3.92 million per breach.

Not adapting security automation and vulnerability scanning into development pipelines could have a drastic effect not only on cost but workload efficiency and team morale. With these sorts of headaches, it’s vital to consider the repercussions for not adopting secure (and lean) armaments and auditing procedures.

Can organizations adopt DevSecOps beyond the buzzword it has become? In this article, we’ll uncover some startling evidence on the state of Kubernetes vulnerabilities and discuss what companies can do to rectify.

Trends in Kubernetes and Istio Vulnerabilities

It’s astounding how much in DevOps is left exploitable. Secrets are routinely unknowingly left in the open due to human error. These are the most common gateways for attackers. Plugging these gaps is the first, albeit obvious, step.

There’s proof of an epidemic, too. A recent study conducted by Alcide ran a live production analysis of over 500 cloud-native environments across the globe. According to their findings, “89% of deployment scans show companies are not using Kubernetes’ secrets resources, with secrets wired in the open.”

This means the majority of Kubernetes environments share susceptible to data breaches in some form. Among the 5,000 scans run, the Alcide report found secrets are commonly left open in a few areas, including:

Gaps in Best Practices for Kubernetes and Istio

Kubernetes brings many nuances to the table. It’s a sophisticated system, with a wide range of use cases and cloud-native experiences. These require extensive auditing and compliance checks to safeguard deployment.

According to Gadi Naor, CTO and co-founder of Alcide, Kubernetes requires a good level of expertise. However, “there is a knowledge gap that DevOps doesn’t have,“ said Naor.

Much of this gap lies in Kubernetes secrets handling and network policies. On top of Kubernetes, service meshes are a next evolutionary leap. Istio, an architecture layer for creating network policies is ten-fold more complex, according to Naor.

These are compelling platforms, but best practices must meet the growing number of potential attack vectors.

Why You Should Approach CI and CD Security Separately

Many pundits now link continuous integration (CI) and continuous deployment (CD) together as if they’re synonymous. However, they are separate concepts. Securing them, in the same manner, could decrease overall efficiency.

Scanning all resources created in the CI phase against security auditing could waste time and resources. For example, if you’re standing images for CVEs and only deploy 20% of those images, that is a lot of wasted exercises.

Rather than scanning all environments in the CI phase, Naor believes you should focus on scanning 100% of images for CD. Therefore, security tooling is leaner, and anything deployed will be assuredly safe.

Takeaways on the Cost of Poor DevSecOps

Infrastructure components such as Kubernetes and Istio are powerful allies to the DevOps minded teams. These environments do come with their nuanced security concerns, which must be addressed. Otherwise, the data breach price tag is high.

To intercept system frailties before the black hats do, you must consider the following: