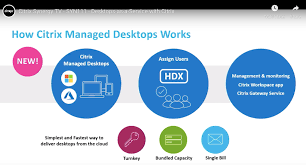 Desktop as a service adoption lags behind on-premise VDI, but the popularity of cloud-hosted desktops is growing. Here’s a look at the top DaaS providers and their services.

Desktop as a Service (DaaS) is a virtual desktop infrastructure (VDI) hosted in the cloud and paid for as a subscription service, usually charged for by the seat. DaaS solutions use a multi-tenancy architecture where a single application instance is delivered to multiple users, or “tenants”. The third-party service provider assumes the responsibility for managing the desktop infrastructure.

Features and benefits of DaaS

As with other cloud services, DaaS is an attractive solution for companies moving away from managing their own hardware either in an on-premise data center or cololocation. DaaS benefits can include easier patch management and software updates, faster migrations, quicker new user provisioning, better disaster planning and recovery, and improved application and data security. The costs of deploying and maintaining the hardware required to run each virtual desktop shifts from a capital expense (capex) to operational expense (opex). Users can also benefit from DaaS by being able to access corporate data and applications through a desktop experience on a wide range of either company-provided or BYOD devices using a network or internet connection.

Despite its benefits, a 2018 Gartner survey found that DaaS adoption was still significantly lower than VDI adoption, especially among large enterprises. According to Gartner’s 2018 DaaS survey, 75% of vendors “had a customer with more than 1,000 users, with an average largest customer of 5,000 users.” In the same report however, Gartner also stated that their assumption from a 2016 DaaS report, that “By 2019, 50% of new VDI users will be deployed on DaaS platforms,” may yet prove correct as the deployment of DaaS solutions “cannibalize on-premises VDI at refresh.”

The DaaS market has definitely picked up additional momentum in 2019 with Microsoft expected to make their own DaaS solution, Windows Virtual Desktop, generally available as soon as September, Citrix Managed Desktops reaching general availability in August, and industry heavyweights like Dell and Microsoft announcing cloud and virtualization partnerships focused around VMware.

Amazon launched Workspaces, their proprietary cloud desktop service, in 2013 and in 2016 they announced hourly billing for WorkSpaces desktops. Customers can provision either Linux or Windows desktops on a wide variety of virtual hardware and storage configurations. If deploying Windows desktops, companies can use their own Windows 7 and Windows 10 Desktop licenses or pay for them as part of the subscription.

WorkSpaces supports customer’s on-premise Microsoft Active Directory (AD) for Group Policy management and end-user credentialing. Applications can be deployed to the virtual desktops via existing tools, and WorkSpaces allows customers to use their existing RADIUS server for multi-factor authentication (MFA). Users can access their WorkSpaces via a client application on a Windows or Mac computer, Google Chromebook, Apple iPad, Amazon Fire tablet, and Android tablet, or through either the Chrome or Firefox browsers. WorkSpaces supports encryption root volume and user volume encryption and does not store user data on the local device. Amazon WorkSpaces also provides multiple compliance options including, but not limited to HIPAA, PCI DSS and GDPR.

Longtime remote desktop, thin-client, and virtualization provider Citrix released its desktop as a service solution, Citrix Managed Desktops (CMD), to general availability in August 2019. The company already offered a from of DaaS through Citrix Virtual Apps and Desktops (CVAD), but this solution required companies to deal with multiple vendors. Citrix Managed Desktops is designed to be a simplified version of CVAD and a “turnkey service” where all costs are billed directly to Citrix.

CMD uses Microsoft Windows Virtual Desktop to deliver virtual desktops hosted on Microsoft Azure IaaS (compute, storage, and networking) and managed by Citrix. Customers can provision a variety of Windows machines, including: Windows 10 Enterprise, Windows 10 EVD (Enterprise Virtual Desktops) Multi-Session, and Windows Server 2016 (with RDSH). The operating system and application licenses can be paid for through the Citrix subscription or customers can use their existing licenses through a Bring Your Own License (BYOL) program. CMD will offer a variety of AD authentication options and support domain-joined and non-domain-joined desktops.

Citrix offers monthly and term (1 to 5 years) pricing options for CMD. Customers can expect to pay about $30 per user per month for CMD for a minimum of 25 users. In a CMD presentation at their Synergy event in May 2019, Citrix broke down that ~$30 monthly price for Managed Desktops as follows:

Belgium-based Cloudalize provides a DaaS solution for office and knowledge workers only in EMEA and one for power users (engineers, architects, etc.) globally. Subscriptions include the cost of operating system licenses, but customers will need their own application licenses. According to a 2018 Gartner report, the company “hosts its own data centers using both Citrix and proprietary infrastructures” and “all workspaces must run a Windows 10 experience on a Windows 2016 Server.” As of August 2019, prices for Cloudalize DaaS start $79 per month per desktop.

Officially unveiled at Microsoft Ignite 2018, Windows Virtual Desktop (WVD) (formerly known as “Windows 10 Enterprise for Remote Sessions” and “Windows 10 Enterprise for Virtual Desktops”) allows companies to run Windows desktops hosted on Microsoft’s Azure cloud platform. In August 2019, Microsoft indicated that WVD was “feature complete,” but had not announced a date for general availability (GA). A public preview of WVD has been available since March 2019. According to ZDNet’s Mary Jo Foley, “this could happen before the end of September 2019.”

Companies with eligible Windows or Microsoft 365 licenses, get access to WVD machines by paying for the Azure compute, storage, and networking resources used to host each virtual machine. As of August 2019, Microsoft had released WVD preview pricing for different workload scenarios, but not specific per user per month prices.

MTM Technologies is an IT services company that provides both technical consulting and infrastructure management in areas, such as cloud, virtualization, and data center design/management. In 2017, MTM launched AnywhereApp, a “workspace-as-a-service” solution that lets customers deploy Windows 7 or Windows 10 virtual desktops with support for a variety of mission-critical enterprise applications such as those from Jack Henry & Associates and OpenText, productivity software like Office 365 and Google G Suite, and cloud-based solutions from providers like Salesforce and Adobe. Hosting can be provided through a private cloud, on-premise data center, colocation facility, AWS, Azure, or CenturyLink. MTM can support a full range of virtualization stacks from Citrix VMware, and Microsoft. MTM can provide the software licenses for Microsoft, Citrix, and VMware products on a month-to-month basis, or clients can provide their own licensing if they use a stand alone environment. Users can access AnywhereApp virtual workspaces via a variety of end points, including Windows and Mac computers, iOS and Android devices, and thin clients from companies like IGEL and Dell. MTM has accreditation for both HIPAA and SOC2 Part 1 compliance.

Like Citrix, VMware is planning to support Microsoft Windows Virtual Desktop. Unliked Citrix however, VMware has said it has no current plans to become a Microsoft Cloud Solution Provider (CSP) and will therefore not resell Microsoft licensing or Microsoft Azure capacity. Customers will need to buy their own Microsoft software licenses and Azure capacity.