How is Kubernetes leading the game in enabling NFV for cloud-native? 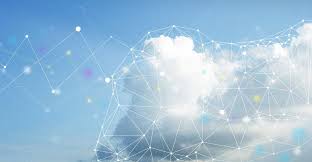 The impact of cloud-native readiness on applications, which are mostly orchestrated using Kubernetes, can be seen on VMware’s announcements at the recent VMworld 2019. This made it clear to the IT world that focus of IT infrastructure has shifted to containerisation from virtualisation. Going cloud-native and shifting workloads on top of Kubernetes clusters is a key trend being followed by the industry.

CNCF (Cloud Native Computing Foundation) has shown the aggression to push their projects to enterprise IT infrastructure and telecom service providers to build the core of data centres using new containerised and microservices methods.

NFV and telecom use cases have also started shifting to a cloud-native landscape in the last two years. NFV techniques have help CXOs move to the software-defined and centric data centre with virtual network functions (VNFs) as core elements, being orchestrated using VNF managers (VNFM). The VNF’s orchestration can be done using commercial VNFM platforms offered by Nokia, Cisco, Ericsson, Huawei, and NEC; and an open-source platform like OpenStack Tacker. Now with the cloud-native movement in the IT domain, VNFs are becoming cloud-native network functions (CNFs).

Earlier, CNFs were in evaluation phase to check for readiness by several vendors and service providers to be used in NFV use cases. In 2018, I wrote about the benefits of deploying network functions in containers and being architected using microservices. Also, I wrote on why cloud-native VNFs are important in NFV success.

The below image shows how VNFs were managed in the past, how it is currently managed along with CNFs, and showing how Kubernetes can be a de facto framework to handle network functions and applications pushed into CNFs and VNFs.

Kubernetes in the picture

We can now see how Kubernetes has evolved so much in the data centre of every size for handling every workload type. Kubernetes is also becoming a choice to orchestrate workloads at edges as well. We have seen several collaborations for new solutions for 5G that specifically focused on handling containers using Kubernetes and legacy virtual machines using OpenStack.

If you are a software or solution provider, Kubernetes can help you orchestrate all workload types like VNFs, CNFs, VMs, containers, and functions. With Kubernetes, it has become possible for all workloads to co-exist in one architecture. ONAP is leading service orchestrator and NFV MANO platform to handle services deployed in NFV. A Kubernetes plugin specifically developed for ONAP makes it possible to orchestrate different services and workloads cater through multiple sites.

ONAP has challenges in terms of installation and maintenance, while concerns have also been noted related to heavy consumption of resources like storage and memory. To work along with Kubernetes, ONAP release a lightweight version, which will fit with many NFV architectures. It is called ONAP4K8S. Requirements and package contents are published on its profile page.

There can be cases where it is not possible to completely get away from virtual machines. Some of the existing functions need to reside with virtual machines and cannot be containerised. For such cases, Kubernetes community KubeVirt and Mirantis’s Virlet frameworks can be integrated to dynamically manage virtual machines along with containers. Kubernetes also becomes a choice for enabling orchestration at the edge of the network. Kubernetes based control plane uses less number of resources that makes it suitable for edge nodes even with one server.

The Akraino edge stack is hosting a blueprint, Integrated Cloud Native (ICN) NFV Stack, under which all developments of making NFV core cloud-native are in progress. The current progress of integrating open-source cloud-native projects for NFV stack is shown below:

Srinivasa Rao Addepalli (senior principal engineer and chief architect at Intel) and Ravi Chunduru (Associate Fellow, Verizon) will be presenting a session at the upcoming Open Networking Summit Europe 2019 on how Kubernetes can be used at core of NFV and how Linux Foundation communities (ONAP, OPNFV, CNCF, LFE) are doing efforts to make NFV core a cloud-native.

Editor’s note: Download Calsoft’s eBook – A Deep-Dive On Kubernetes For Edge – which focuses on current scenarios of adoption of Kubernetes for edge use cases, latest Kubernetes and edge case studies, deployment approaches, commercial solutions and efforts by open communities.