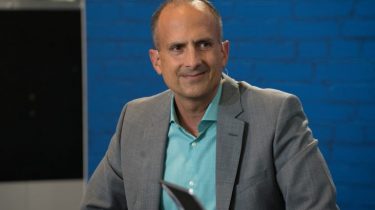 There is no cloud; it’s just someone else’s computer, as the saying goes. Cloud computing’s ethereal nature makes it easy to forget there’s real hardware down on the ground as software service models virtualize hardware management. But at soirees such as VMworld, the invisible comes to light as an ecosystem of storage and networking providers reiterate their role in modern, multicloud computing architectures.

“We’ve been able to round out our platform capabilities from a solution perspective to bring out not only what has historically been a very strong franchise for us with what we call our foundational network interface cards, but we’ve been able to expand on that to bring better capabilities no matter what you’re trying to do,” said Bob Ghaffari (pictured), general manager of the Enterprise & Cloud Networking Division at Intel Corp.

Intel is in the process of building more bridges to hybrid cloud, virtualizing switches across the edge of computing environments for its range of processors deeply embedded in a large portion of the world’s computers. Hybrid cloud is all about choice, and Intel is breaking out more services at more price points to address the needs of more customers.

“We think we have a really good position here with our platforms — giving you this mix-and-match capability but easily be able to scale up and do what our customers want,” Ghaffari said.

Ghaffari spoke with Stu Miniman (@stu) and Justin Warren (@jpwarren), co-hosts of theCUBE, SiliconANGLE Media’s mobile livestreaming studio, during the VMworld event in San Francisco. They discussed Intel’s networking updates and everything from creating solutions for customers on the edge of the computing network to 5G wireless technologies (see the full interview with transcript here). (* Disclosure below.)

Miniman: Why don’t you give us the update since last we spoke?

Ghaffari: I think we have to just go back a little bit in terms of how Intel has been involved in really driving this whole network transformation. I want to say it started about a decade ago when we were really focused on trying to drive a lot of the capabilities onto more of a standard architecture. In the past, people were encumbered by challenging architectures using proprietary kind of network processors. We were able to bring this together, Intel architecture. We open-sourced [the Data Plane Development Kit], which is really this fast packet processing library that we basically enabled the industry on. And with that, there’s basically been this revolution in terms of how networking has come together.

So what we’ve seen since last year is how NSX, VMware NSX itself, has really grown up and is able to get to these newer, interesting usage models. For us, what really gets us excited is being really involved with enabling hybrid cloud, multicloud, from a network perspective, and that’s what really gets me out of bed everyday.

Warren: What’s the state of play with microsegmentation? Because some customers have been trying to use it and found it a little bit tricky, and so we’re seeing lots of vendors who come in and say, “We’ll help you manage that.”

Ghaffari: Microsegmentation has definitely become a very important usage model in terms of how to really contain policies within certain segments. One, you’re able to get to a better way of managing your environments. And you’re also getting to a better way of containing any kind of threats. So the fact that you can somehow segment off areas, and if you basically get some kind of attack, or some kind of exploit, it won’t go out of that segmented area. To some extent, it simplifies how you look at your environment. But you want to be able to do it in a fashion that helps, ultimately, the enterprises manage what they’ve got on their environments.

Warren: The fact that Intel comes out and is continuing to talk to customers and coming to these kinds of events and showing that it’s still relevant and that the technology that you’re creating ties into what is happening in cloud and in networking … I think it’s an amazing credit to Intel’s ability to adapt.

Ghaffari: It’s definitely been very exciting. Not only have we really been focused on how do we really expand our processor franchise, really getting the key capabilities we need so anytime, anywhere you’re doing any kind of compute, we want to make sure we’re doing the best for our customers as possible. But, in addition to that, what we’ve really done is been able to round out our platform capabilities from a solution perspective to bring out not only what has historically been a very strong franchise for us, with what we call our foundational NICs, we’ve been able to expand that to be able to bring better capabilities no matter what you’re trying to do.

Let’s say, for example, you are a customer that wants to be able to do something unique, and you want to be able to accelerate your own specific networking functions, or virtual switches. Well, we have the ability to do that. So with our Intel FPGA N3000 card, as an example, you get that capability to be able to expand what you would traditionally do from a platform-level perspective.

Warren: For the customers who are using edge [computing] at the moment, what’s the most surprising thing that you’ve seen them do with your technology?

Ghaffari: So one of the things that some customers say, “We really need low cost, because all we really care about is just low level; we want to be able to deploy this into a cafe, and we don’t think you’re going to be able to hit the price points,” because they automatically think that all Intel does is big Xeons. We do a great job with that, but what is really interesting is that with our add-on processors, we get to these very interesting solutions that are cost-effective and yet give you the scalability of what you might want to do.