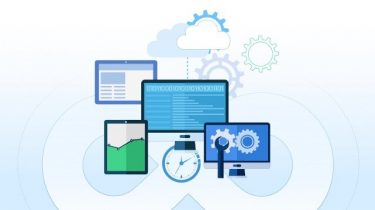 Over the past 40 years, the way we’ve done business has changed dramatically. Long gone are the days of paper records, computer terminals, unconnected workstations and personal computers. Today, most day-to-day business activities are done in the cloud.

This digital transformation has made certain tasks easier and led to the creation of many billion-dollar companies, but it has also put a burden on companies both large and small that are now required to employ their own teams of engineers. Nowhere is the impact felt more than at lean startups, which don’t have the resources to compete against large teams and experienced technical talent.

According to PwC, 63% of executives said that a lack of skilled teams was the biggest obstacle to technical innovation — and this challenge is a bigger existential threat to startups than access to capital.

Over the past 20 years of my career as a software developer, I’ve seen the problems grow more complex, and for every new solution developed, there is an increasing skill level needed to be proficient. In the U.S., companies are now competing for a small pool of employees who are highly skilled, reports the Wall Street Journal, and, according to James Atkinson, vice president of quantitative analytics at Gartner, “Nearly a third of the most critical roles, like tech talent, are left unfilled after five months.”

But there’s a salve for companies that are facing this challenge. DevOps, which automates processes in software development and IT, fills some of the holes left by the lack of tech talent. When used effectively, it quickly solves the three main challenges that organizations face when looking to scale and grow efficiently, while allowing them to focus on the new features and products customers will love.

About 1 million programming jobs in the U.S. are expected to be unfilled by next year, leaving companies scrambling to either recruit nontraditional candidates or train their existing workforce to fill the gaps. For startups and smaller companies, these issues are compounded because they don’t have the finances to recruit top talent. They also don’t have access to experienced infrastructure experts who can address new challenges as they arise.

DevOps enables engineers to build and borrow shortcuts that take the place of domain experience, which can help anyone — even junior engineers — perform as if they were more experienced. Think of it as “easy buttons” for engineering.

For example, DevOps gives even nontechnical employees a way to deploy complex tasks such as Kubernetes clusters in 15 minutes rather than days. It’s an equalizer for smaller or less experienced teams and allows them to compete with their larger competitors.

Together, businesses end up losing more than $300 billion a year as their developers spend time on noncore tasks, maintaining old systems or dealing with bad software found in the plumbing of servers and infrastructure. Rather than play a game of whack-a-mole, companies need engineers to focus on high-impact work that will advance its business.

DevOps allows tech teams to automate workflows by simply allowing them to fill in the blanks, which reduces what would have been a 1,000-step process on noncore tasks, such as running reports, down to 10. That time saved will allow teams to ship products faster, helping a company maintain an edge and improving its bottom line.

The reason the open-source model is so efficient is that it allows developers to work collaboratively. They can contribute to each other’s work to complete a project much faster and create things one person working in a silo couldn’t. DevOps brings this workflow to business, allowing teams to be 10 times more productive. Essentially, one developer can create a shortcut that can make five others twice as efficient.

With DevOps, development teams can now build, share and publish code on a private company server. It enables the standardization of development practices without sacrificing your team’s personal touch, while keeping overhead low. This aspect of DevOps allows your engineers to truly work as a team rather than a group of solo operators.

The future of software development is not certain, but I believe in developers and their ability to change the future. When you invest in their success, it can dramatically change the trajectory of your business.

While recruiting tech talent and wasting developers’ brainpower on noncore tasks will continue to be challenging to businesses in 2020, utilizing DevOps can be a shield against threats coming from many fronts. These tools can make it so that junior developers earning $95,000 a year can perform complex tasks as skillfully as engineers who make $250,000 while automating away many tedious, time-consuming tasks and creating a more collaborative environment for your team. This is monumental for scaling your business while keeping employees happy and functioning at their best.

Look for an explosion of DevOps tools, platforms and resources in the months ahead, as they’ll continue to be used as a secret weapon that will keep companies ahead of the curve in 2020.