Optimizing the Ops in DevOps 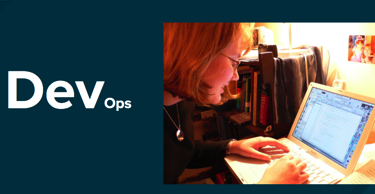 We call it DevOps but much of the time there’s a lot more discussion about the needs and concerns of developers than there is about other groups.

There’s a focus on improved and less isolated developer workflows. There are many discussions around collaboration, continuous integration and delivery, issue tracking, source code control, code review, IDEs, and xPaaS – and all the tools that enable those things. Changes in developer practices may come up – such as developers taking ownership of code and pulling pager duty.

We also talk about culture a great deal in the context of developers and DevOps. About touchy-feely topics like empathy, trust, learning, cooperation, and responsibility. It can all be a bit kumbaya.

What about the Ops in DevOps? Or, really, about the other constituencies who should be part of the DevOps process, workflow, and even culture? Indeed, DevSecOps is gaining some traction as a term. DevOps purists may chafe at “DevSecOps” given that security and other important practices are supposed to already be an integral part of routine DevOps workflows. But the reality is that security often gets more lip service than thoughtful and systematic integration.

But what’s really going on here is that we need to get away from thinking about Ops-as-usual (or Security-as-usual) in the DevOps context at all. This is really what Adrian Cockcroft was getting at with the NoOps term; he didn’t coin it but his post about NoOps while he was at Netflix kicked off something of an online kerfuffle. Netflix is something of a special case because they are so all-in on Amazon Web Services, but Adrian was getting at something that’s more broadly applicable. Namely that, in evolved or mature DevOps, a lot of what Ops does is put core services in place and get out of the way.

Ironically, this runs somewhat counter to the initial image of breaking down the wall between Dev and Ops. Yes, DevOps does involve greater transparency, collaboration, and so forth to break down siloed behaviors but there’s perhaps an even stronger element of putting infrastructure, processes, and tools in place so that Devs doesn’t need to interact with Ops as much while being (even more) effective. One of the analogies I like to use is that I don’t want to streamline my interactions with a bank teller. For routine and even not so routine transactions, I just want to use an ATM or even my smartphone.

It’s up to Ops to build and operate the infrastructure supporting those streamlined transactions. Provide core services through a modern container platform. Enable effective automated developer workflows. Mitigate risk and automate security. But largely stay behind the scenes. Of course, you still want to have good communication flows between developers and operations teams; you just want to make those communications unnecessary much of the time.

(At the same time, it’s important for Dev and Ops teams to understand how they can mutually benefit by using appropriate container management and other toolchains. There’s still too much of a tendency by both groups to think of something as an “ops tool” or a “dev tool.” But that’s a topic for another day.)

A DevOps approach can be applied just about anywhere. But optimizing the process and optimizing cloud-native applications is best done on a modern platform. Take it as read that most IT is going to be brownfield and DevOps may even be a good bridge between existing systems, applications, and development processes and new ones. But here I’m focusing on what’s optimized for new apps and new approaches.

The focus is on applications composed of loosely-coupled services because large monolithic applications can be fragile and can’t be updated quickly.

As I wrote about in The State of Platform-as-a-Service 2016, a PaaS like Red Hat’s OpenShift has evolved to be this modern container platform, embracing and integrating docker-format containers, kubernetes for orchestration and using Red Hat CloudForms (based on the ManageIQ upstream project) for open source hybrid cloud management.

When thinking about the toolchain associated with DevOps, a good place to start is the automation of the continuous integration/continuous delivery (CICD) pipeline. The end goal is to make automation pervasive and consistent using a common language across both classic and cloud-native IT. For example, Ansible allows configurations to be expressed as “playbooks” in a data format that can be read by both humans and machines. This makes them easy to audit with other programs, and easy for nondevelopers to read and understand.

A typical automated workflow begins with operations provisioning a containerized development environment, whether a PaaS or more customized environment. This provides an example of how a mature DevOps process separates operations and developer concerns; by providing developers with a dynamic self-service environment, operations can focus on deploying and running stable, scalable infrastructure while developers focus on writing code.

Automation then ensures that the application can be repeatedly deployed. Many different types of tools are integrated into the DevOps workflow at this point. For example:

Mature DevOps systems may even push the code directly to production once it has passed automated testing. But this isn’t about removing Ops from its role of ensuring stable and robust production systems. Rather, it’s about automating the processes to ensure that deployed code meets set criteria without ops needing to be directly involved with each deployment.

Ops is also ultimately chartered with protecting the business. This doesn’t mean eliminating all risk – which can’t be done. But it does mean mitigating risk which is accomplished in part by managing the software supply chain and by automating away sources of manual error.

That’s not to say that security is purely an ops concern – hence the aforementioned DevSecOps term. Creating a mindset in which everyone is responsible for security is key as is the practice of building security into development processes. Security must change from a defensive to an offensive posture that is both automated and constant.

Among the practices to be followed in such a proactive environment are:

I think this quote from Gartner captures the required dynamic well: “Our goal as information security architects must be to automatically incorporate security controls without manual configuration throughout this cycle in a way that is as transparent as possible to DevOps teams and doesn’t impede DevOps agility, but fulfills our legal and regulatory compliance requirements as well as manages risk.”