One Identity Allies With HashiCorp to Advance DevSecOps 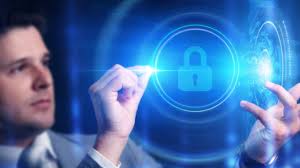 One Identity, a provider of identity management software, has aligned with HashiCorp to make it easier for DevOps teams to implement best DevSecOps practices.

Tyler Reese, a senior product manager for One Identity, said via a plugin for HashiCorp Vault developers can now securely manage, monitor, record and audit privileged and administrative access to their vaulted tokens, passwords, certificates, application programming interface (API) keys and other secrets residing in the Safeguard privileged access management (PAM) platform from One Identity.

The two companies are trying to bridge the divide between end user credentials managed by IT teams that have control over access to packaged applications and the way DevOps teams manage secrets within their custom applications, said Reese. DevOps teams increasingly need to integrate custom applications with packaged applications. The challenge organizations face is finding a way to securely provide that access in a way that doesn’t require internal IT teams to be overly involved in the application development process, he noted, adding by integrating with HashiCorp Vault, all the friction is taken out of the process.

Based on a transparent protocol proxy software that inspects protocol traffic at the application level, Safeguard rejects traffic that violates policies defined by the internal IT team. That approach prevents unauthorized and unfettered access to data. IT teams can also monitor privileged sessions in real-time with the ability to execute various actions, such as terminating a session if unusual or unwanted behavior is detected. Safeguard also enables IT teams to rotate privileged access passwords to comply with a wide range of regulations, said Reese.

As developers embrace DevSecOps they need to find a way to dovetail their efforts with existing password management processes. For the most part, DevSecOps remains aspirational within most organizations. There is general agreement that more responsibility for security should shit left toward developers. However, most organizations are still a long way from putting the tools in the hands of developers who need to extend existing DevOps workflows. In the absence of those processes and tools, DevSecOps often winds up being little more than a sermon that IT leaders give to development teams.

On the plus side, the rate at which cybersecurity tools that are integrated with the continuous integration/continuous delivery (CI/CD) platforms on which DevOps processes depend is steadily increasing. As that trend continues to gain momentum, the relationship between developers and cybersecurity teams will evolve. Cybersecurity teams will continue to define controls and verify that they have been implemented. Developers will be held accountable for implementing those controls as part of the overall quality assurance process. The challenge now is getting everyone inside behind that cultural transition in advance of the tools that will be available soon.