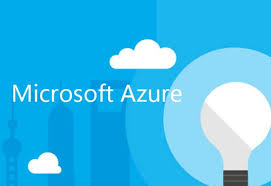 Microsoft Azure’s now has a new service that allows users to run virtual machines to run a single-tenant physical server. With this new feature, people can now use the cloud storage of Azure to run a private server. This new feature is called the Azure Dedicated Host.

The Azure Dedicated Host is great for businesses who want to store data on a server but doesn’t want to share it with other servers. This practice prevents chances of data leaks which could make or break a company’s plan or upcoming product. The Azure platform already offers isolated virtual machines which does a similar job but this Dedicated Host does it better, more efficient, and has more storage for it.

The Azure Dedicated Host will support computers that run Windows, SQL Server and Linux. The price for the dedicated host will vary on a per host basis. This means the price will go higher depending on how many computers will be connected to this server.

Microsoft is confident that its users will be able to meet any security compliance requirements for monitoring, data security, physical security, and other issues.

Other than a single private server, users will be able to make their own groups of servers such as breaking it down into smaller private servers or combining multiple servers to make one big host. For now, users will have to wait on how it all works.

Microsoft isn’t the first to offer this type of service to many businesses worldwide. Amazon Web Services, and Google Cloud have similar features that does a similar job. For Amazon, this is simplycalled the Dedicated Hosts system while Google Cloud calls it sole-tenant nodes on Google Cloud.

Aside from other majorcompanies in competition with Microsoft’s new service, it’s actually in a good spot to support huge servers. Sony now trusts Microsoft to handle the new cloud based gaming platform for the PlayStation on the Microsoft Azure. This move has not only surprised the company’s fans but also the internal team as Sony just decided this without the say of the whole PlayStation team.

For now, Microsoft entering the private data server industry could help the company establish itself further as a professional business app provider.