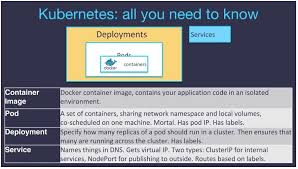 The Kubernetes team launched the 1.15 release on June 19th, 2019, the second release of 2019. According to the release announcement, the goal of the latest version is continuous improvement and extensibility. Kubernetes 1.15 includes new features, such as pruning on custom resource definitions, but relative to previous releases, focuses primarily on stability over enhancements.

Structural schemas support two new enhancements for CRDs: data pruning and field defaults. Including default field values when defining a custom resource is done via OpenAPI validation schemas. CRD field defaults improve API compatibility when introducing new fields. With CRD pruning, data not aligned with the OpenAPI schema validation will be removed, which can improve data quality and security issues. Further information on working with structural schemas has been added to the Kubernetes documentation.

Stability work was also a goal for the improvements brought to kubeadm. Kubeadm is a tool for bootstrapping a minimum viable cluster and provides a “fast path” for creating Kubernetes clusters. Automating the creation of dynamic highly available clusters with kubeadm has been promoted to beta. Setting up a highly available cluster requires an external load balancer, which is out of scope of kubeadm, and the community will be providing reference implementations for several common load balancers such as HAProxy and Envoy. Certificate management has also been simplified in 1.15 so that kubeadm will automatically handle rotating certificates during upgrades. Significant testing and rework of the kubeadm configuration file was done to help achieve these improvements and bring the feature to beta stage.