ServiceNow Bets Big on Microsoft and Mobile for Next Growth Spurt 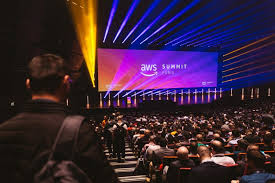 Having posted $3 billion in revenue for the past 12 months, ServiceNow is banking on some powerful new mobile applications plus a deep new partnership with industry leader Microsoft to trigger its next phase of growth.

While CEO John Donahoe cited a number of factors for the company’s sustained performance, I was most interested in the company’s forward-looking focus on mobile solutions and its force-multiplying deal with Microsoft. Here’s why:

The Move to Mobile

Donahoe made a very specific effort to equate the profound impact of modern technology in our personal lives with the rising impact that technology’s having on our work lives. This is a new twist for the company and its “we make work, work better” tagline. And Donahoe hit on that point a few times during the earnings call, while also interlocking it with mobile.

“People want technology to make their life at work simple, easy and convenient. And that’s exactly what’s happened over the past decade in our lives at home,” he said near the very top of his opening remarks.

“Cloud-based consumer apps and platforms have made their routine task of everyday life at home simply more inconvenient. And now the same thing’s happening at work.”

Pointing to the company’s new Now Mobile and Now Mobile Onboarding apps, Donahoe added, “We’re delivering easy and intuitive out-of-the box mobile capabilities that enable consumer-like experiences across the enterprise to make life at work more like our life at home. These are the kinds of experiences that employees expect and demand today.”

So ServiceNow’s aiming to not only “make work, work better” but also “make life at work more like life at home.” That’s a compelling position in today’s world, and promises the kind of personal touch that more people are expecting in these always-on times.

ServiceNow recently became yet another top cloud vendor to align itself in some fashion with market leader Microsoft. I explored that broad trend in a recent piece called Why Microsoft’s Beating Amazon: Cloud Deals with SAP, Oracle and ServiceNow.

For ServiceNow, the partnership reflects a growing interplay between the companies’ cloud solutions and a high-growth opportunity for ServiceNow in the federal market.

Noting that the product lines of Microsoft and ServiceNow are “very complementary,” Donahoe said, ServiceNow’s 20 integration-solutions for Microsoft is the most that ServiceNow has with any partner.

“Customers really look to us and expect us to work seamlessly together. So we’re coming together to make it easier for customers and easier for our go-to-market teams to support each other first in the federal market and then we over time in the general marketplace.”

For now, the connection around Azure is focused on helping to accelerate digital transformations in not only the public sector but also what he called “highly regulated industries.”

Putting a global perspective on the deal, ServiceNow CFO Michael Scarpelli emphasized that the potential extends well beyond the federal government of the United States:

While we expect Q3 will be a very strong federal quarter for us, I can’t stress enough that this isn’t just about the U.S. federal government. We’re doing business with governments around the world and that’s a key part of our Azure strategy. Many of those governments around the world have strict data-sovereignty requirements and we don’t have the global network of data centers to handle that. So that’s something else we’re leveraging out of Azure as well.

While the company’s high-flying stock price has taken a bit of a dip due to Q2 revenue not quite reaching analysts’ expectations, ServiceNow posted some impressive achievements in the quarter. Here are a few examples: