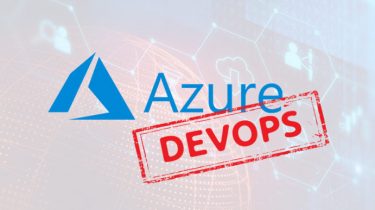 Basic process is meant as a simple approach to complement the previously available Agile, Scrum and CMMI options for new projects. It offers teams the work items Issues (to keep track of features, bugs, and user stories), Epics (for grouping Issues) and Task for planning and tracking their projects.

To make DevOps Server work better with GitHub, the Azure DevOps team has come up with a GitHub Release task for Azure Pipelines, which can be used to automate the creation of releases and accompanying notes. The Azure Boards GitHub Integration now also facilitates the creation of links to Azure Boards work items in GitHub PRs, issues and commits. This allows teams to for example use GitHub as a channel for bug reports, while organising the work to fix them on an Azure Board that is linked to from the issues for more clarity.

The system’s repository has been improved, too, so it now automatically queues expired builds, offers fast-forwards and semi-linear merging when completing pull requests, and provides a filter that makes pull requests for specific target branches easier to find. Users can now also draft pull requests by selecting “Create as draft” from the Create button drop down, in order to bring structure into their in-progress work or prepare for next steps.

Editing YAML pipelines should also have become a bit easier thanks to added IntelliSense support for YAML files within the pipeline web editor, which will point out syntax errors and the like when enabled. There’s also a task assistant to help with common tasks which can be found via the Edit option available for YAML-based pipelines.

Starting with the new release, Azure Pipelines can also be configured to automatically redeploy the last successful deployment, should a deployment stage fail. If you want to skip running the continuous integration pipeline for a commit, this can be done by including [skip ci] into the commit message of the HEAD commit and work for both Azure Repos Git and GitHub Enterprise Server, which also just saw a new release.

On the Azure Boards front ADS has been fitted with functions to share boards as badges, similar to those informing about a project’s build status, and macros to query what has happened since the start of the day, week, month and year. It also includes the highly requested option to let users edit and delete comments they made in work item discussions.

Users interested in analytics don’t need to install the Analytics extension anymore, but can enable that feature through the Project Collection settings instead. A complete list of enhancements can be found in the product’s release notes.