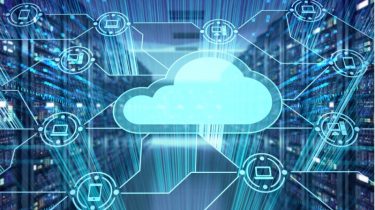 The Cloud is now the de facto way for companies to expand their operations. Often, the components that make up a dependable cloud computing service are hidden from view. Let’s take a look behind the curtain and see what makes up cloud application architecture.

What Is Cloud Software Architecture?

A cloud software system mainly requires hardware to power operations, and a way for end users to access the platform. The way this is structured in terms of components and subcomponents is an integral part of planning cloud systems out.

In an enterprise setting, determining which hardware and software components go into building a cloud environment makes up most of cloud architecture. While hardware can be chosen as off-the-shelf pieces, software is a complex part of the equation to solve for.

Many cloud service providers have made a name for themselves in the market by offering extensible hardware solutions and pairing them with easy-to-use and accessible software.

Choosing the right cloud software architecture is an important part of determining the cloud approach of any company. Inefficient cloud architecture planning can lead to over- or underuse of resources and lower cost-effectiveness.

Good planning of cloud software architecture allows for efficient and cost-effective scaling. Cloud architecture is also an integral part of fleshing out any company’s architecture and ensuring that all cloud compute needs are taken care of.

What Are the Components of Cloud Architecture?

The components of cloud architecture are generally classified into 3 categories: a front-end platform, a backend platform, and cloud-based delivery. The architecture of the system needs the Internet for communication between the front end and the back end.

The delivery system, as the name suggests, is what allows information to be delivered between the front end and the backend. These include Infrastructure-as-a-Service (IaaS), Software-as-a-Service (SaaS), Platform-as-a-Service (PaaS) and more.

What Is Front End Architecture?

Front end architecture is made up of three parts:

The user interface is what the end user directly interacts with in order to perform tasks on the cloud. This includes the text editor in services such as Google Docs, or the interface to send and receive emails on Gmail. However, in some cases, the UI and software architecture are rolled into one.

The client-side device or network is an integral part of front-end architecture. This includes client-side hardware such as the user’s PC and input devices. Generally, in cloud computing, the client device does not require a lot of computing power. This is because most of the “heavy” tasks are processed in the cloud.

What Is Back End Architecture?

Back end architecture is the part of the cloud computing architecture that powers the front-end architecture. This includes the core components of the system such as hardware and storage, and is generally located in a server farm in a geographically distant location.

Back end architecture is taken care of by the cloud service provider offering cloud software. Prominent cloud providers such as AWS generally have robust backend architecture to ensure continuous uptime with low latency. In addition to this, powerful front-end cloud architecture plays a role in creating a dependable and easy-to use product.

Back end architecture is made up of many distinct parts, and also includes services such as management and security. The system generally includes components such as:

The application component of the back-end cloud software architecture generally refers to the interface being offered to the end user, except on the side of the server. This layer coordinates the various needs of the consumer with resources in the back end.

This is where all the magic happens. The service is directly responsible for providing the utility in the architecture. This means that any task that is being run on the cloud computing system is taken care of mainly by the service.

Services can perform a wide variety of tasks, and function in a cloud runtime. Some services that are popular among cloud users include storage, application development environments, and web services. It is similar to the heart of the architecture, and is one of the main components in the entire system.

The cloud runtime is where the service runs. It is similar to an operating system in the cloud, with technologies such as virtualization allowing multiple runtimes to exist on the same server.

Runtimes are created with the help of virtualization software, and are commonly referred to as Hypervisors. Software such as VMWare Fusion, Oracle Virtual Box and Oracle VM for x86 are common examples of Hypervisors. It can be compared to the foundation on which the service is built, as it manages the resources and tasks for the service.

As the name suggests, storage is where all the data required to operate the cloud software resides. Storage varies with cloud service providers today, with all of them having a product dedicated solely to cloud storage. The different kinds of storage offered includes hard drives, solid state drives, and more recently, Intel Optane DC Persistent storage.

In back end architecture, it takes the form of many hard drives in server bays. This is then managed by the management software which partitions the drives into what is needed by the operating system in the cloud to run various services.

The infrastructure is the engine powering all cloud software services. This includes computing components such as the Central Processing Unit (CPU), Graphics Processing Unit (GPU), motherboard and all the other components required for the system to function smoothly, like network cards and additional specific accelerator cards for special use-cases.

The infrastructure also differs from workload to workload. While lower-powered CPUs and GPUs are available as a cheaper option, enterprise level workloads usually depend on cutting-edge hardware to run. Many cloud service providers also provide accelerators, such as Google’s Tensor Processing Unit, available to Google Cloud Platform customers to run AI tasks.

In addition to hardware and software, there are services that are required for the architecture to function smoothly. These include:

In a traditional server setting, many virtual cloud systems, known as runtimes, are on the same physical server. This means that the resources need to be managed according to the needs of the end user. This also has to occur in real-time to ensure seamless use and flexibility for the user.

Management usually takes the form of what is known as ‘middleware’, as it interfaces between the back end and front end. Middleware is used to divide system resources and infrastructure in a seamless and dynamic manner.

Cloud security architecture is an important part of cloud software architecture. It is generally built keeping in mind visibility in order to allow for easier debugging in case of an issue with the system.

The way the system is structured should also ensure that mission-critical tasks do not get interrupted. Usually, this is done by duplicating the system virtually, so as to ensure redundancy in the tasks. Storage backups must also be done regularly, and such tasks fall under security.

Cloud security architecture also focuses on securing the server with virtual firewalls, preventing data loss and redundancy mechanisms. These are ways to keep the system running even when it is under potential attack or experiencing system failure owing to malfunctioning hardware.

Such services are integral to ensuring a complete end user experience, as they ensure the smooth functioning of the system. Tasks such as resource management are also critical to ensuring consistency uptime and redundancy for cloud tasks. Security is also an important feature to keep the data contained in the system safe from attackers.

Types of Cloud Deployment (By Models)

Cloud software architecture also varies to some degree according to the deployment model chosen for the system. There are the four main types of cloud deployment models:

As the name suggests, a public cloud architecture is open for use by any paying customer. They are termed public clouds as they function as one divided server hosting many different partitions, each of which is available for use.

There is no firewall separating different cloud instances. This means that it is open to the general public to use, with services being provided on a large scale to organizations and individuals.

Learn more: What is Cloud Computing? Private, Public and Hybrid

Common instances of public cloud architecture include the architecture that underpins AWS, Salesforce, Oracle and Microsoft Azure. These service providers offer cloud computing on a pay-per-use basis and allow for scalability on demand.

Private cloud architecture is similar to public cloud architecture, except that it is permissioned. This means that only individuals from a certain company or organization can access the server. The service is still provided by a third party, but is protected by various security features to prevent unauthorized access.

Private clouds are partitioned public clouds protected by firewalls, to restrict the entry of non-company personnel to mission-critical systems.

Community clouds are integral to maintaining a common development and working environment across companies. A common environment can enable higher degrees of collaboration between companies. This also means that the requirements for privacy, security and performance will be similar, allowing for consistent performance.

Hybrid clouds are expensive, but they are effective in the right situation. An example would be when an organization works on high-end intellectual property and technology and manages a large number of users at the same time. The former would be stored in a high-security private cloud with limited access, while the latter would be managed by a public cloud with open access.

Types Of Cloud Deployment (By Location)

Cloud software architecture deployment can also vary by location, with infrastructure and architecture shifting closer towards the company as required. Various location options allow for greater flexibility both when serving end users and utilizing cloud software for company operations.

On-premise cloud deployment solutions, more commonly referred to as on-prem solutions, are used when the backend infrastructure is deployed on the premises of the company and not outsourced. On-premise cloud deployment architecture is generally employed by small to medium enterprises. A centralized cloud structure within company premises is created, usually with a limited amount of scalability.

Owing to the vast infrastructure of cloud providers such as AWS, Azure and Oracle, they can offer easily scalable and easy-to-use systems at an effective cost. This is great for a company that’s starting out, as they can take up more computing power as their needs evolve.

Outsourced cloud deployment does have some disadvantages, such as propensity for breaches or public cloud access. However, these can be remedied by a few architectural improvements. These include creating a robust private cloud infrastructure, picking the right service providers, and implementing measures such as intrusion detection and prevention systems.

In a situation where cloud is the obvious next step for deployment in your organization, it is important to think of cloud computing architecture. It is integral towards ensuring a cost-effective and suitable deployment of cloud services. Apart from the scalability offered by dependable cloud computing architecture, the accompanying software and services allow flexible workload optimization.

In case of startups and SMEs, it is better to go with an outsourced public cloud or private cloud, depending on the infrastructural requirements. In the case of larger companies, a case-by-case approach can be adopted. The primary option is still to go with a cloud service provider due to aforementioned reasons, but other architectures can also come in handy, according to the company’s requirements.