The Importance of Incorporating DesignOps Into DevOps 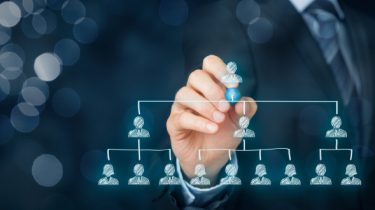 Design is a critical software project element that often goes unnoticed by those writing code. After all, coders and implementers tend to take the design process for granted and leave the look and feel of applications to the designers. In the days of waterfall based development, design was one of the first steps in the development sequence of creating a new application. However, with Agile and DevOps development practices, design became disconnected from the overall process.

“If you look at the full spectrum of AppDev, it becomes obvious that there are many elements that should be part of DevOps. Take, for example, cyber – today, there is a movement to integrate cyber into the DevOps pipeline, which the industry has started to call DevSecOps,” said Mark Troester, VP of strategy at Progress, a software company offering tools for developers and IT. “To make design a part of the iterative process of DevOps, teams need to think about including designers during the complete development process, something along the lines of how cyber has become part of the iterative process. In other words, teams should be embracing the concept of DesignOps,” Troester said.

To understand the challenges this creates for those looking to include design as part of the DevOps process, one only needs to look at how design, specifically user experience/customer experience (UX/CX) design, was done in the past. Designers would use tools such as InVision Studio, Axure, Proto.IO, Adobe XD, or one of the many other tools available, to prototype the look and feel of an application, or, more specifically, the end-user experience. The term DesignOps was coined to encapsulate the processes around design. However, DesignOps solely focused on the process of design, such as design workflows, design tools, design governance, team management, budgets and so on.

The ultimate goal of DesignOps was design creation; that design was then passed on to those who would write the code and develop the logic to bring that design to fruition in the form of an application. DesignOps worked rather well when an organization was adhering to waterfall development methodologies, where each step was clearly defined and the goal was to deliver a complete, finalized application to those requesting it.

“Larger organizations were able to field large design teams and could afford to implement a complete design system. When you have 50 or more designers, a complete design system becomes critical to manage design,” said Troester. “However, as AppDev has evolved into a more agile process, especially under DevOps, the disconnect between design and development became a significant problem.”

What Troester is alluding to is the reiterative development cycle used by DevOps teams, where applications are delivered in pieces and then further modified based on user feedback or business operational changes. Businesses today are embracing agile concepts, so they can react much faster to changing market conditions. This, in turn, means modifying applications as quickly as possible to maintain a competitive advantage. Currently, design remains somewhat siloed, and can become a bottleneck for implementing changes if the UX/CX must be modified to address those needed changes.

“With the rise of DevOps, teams need to start thinking of reiterative processes, where DesignOps integrates with the DevOps team, so there is collaboration between the designers and the developers, allowing design changes to happen quickly,” Troester said. “Yet, there are still remaining challenges – some created by the COVID-19 crisis – where designers and developers may not even be in the same building, much less the same time zone,” he said.

To Troester’s point, the COVID-19 crisis has forced businesses to evolve in ways that were once thought impossible. Developers, designers and even operations teams and individuals may no longer be sharing office space, and might be distributed across multiple locations. That complication will drive the need for better collaboration tools that bring design into the DevOps cycle.

“DevOps teams, as well as DesignOps teams, should be looking into technologies that can bridge the designer/developer divide. It will be critical in the near future to facilitate collaboration between design and development,” Troester said. “Perhaps, the answer lies with building some type of bi-directional API into design systems, which can play a key role in the implementation and support of design-first experiences,” he added.

Existing solutions to the current divide seem to be few and far between. But, that does not mean DesignOps and DevOps teams should not be currently looking for a solution to what will become a major problem as DevOps accelerates in the enterprise.