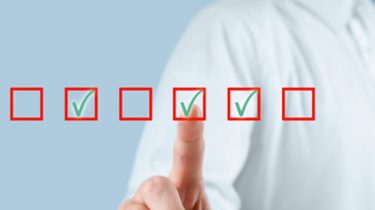 The annual survey of more than 1,000 application testing professionals finds that 80% of all application testing within organizations is being done by test engineers, test leads, testers and automation testers. A full 92% of survey respondents also noted they are working within the context of an agile methodology, while 42% cited DevOps specifically. Half of respondents said they work within the framework of a continuous integration/continuous delivery (CI/CD) platform.

Significantly, more than half of respondents (59%) said testing is shifting left within their organization, but only a third (33%) said programmers participate in the testing process.

PractiTest CEO Yaniv Iny said that level of DevOps inclusion suggests that, rather than shifting testing completely left on to the shoulders of application developers, a more nuanced approach to application testing is taking hold as professional testers learn to work within the sprints that make up a DevOps workflow. A full 90% of respondents said testing has become more automated within their quality assurance (QA) processes.

By now, most application testers have come to terms with automation and, increasingly, AI, said Iny. The assumption now is that large swaths of the testing process will be automated, Iny added. A full 97% of respondents said that functional testing automation was either important or very important for them to succeed, while 96% said test automation patterns, principles and practices are also critical.

Usage of behavior-driven development (BDD) as a testing model has also increased, with 27% of organizations now employing it to go beyond simply testing functions.

However, the survey also found that, instead of automation decreasing the size of testing teams, those teams are getting larger. The number of organizations with 16 or more testers increased by 10% to 34% compared to a year ago. That suggests organizations are launching either more complex application development projects or launching multiple projects at the same time as they embrace digital business transformation initiatives, Iny said.

The pandemic did change the way testers acquire new skills. The number of testers reporting that they attended online conferences, meetups and seminars increased to just under half (49.5%), up from 40.5% in 2019. Participation in online communities and forums grew to 44%, while only a third of respondents receiving any kind of formal training.

Testing professionals with five to 10 years of experience earned an average salary of $89,000 in North America, which compares to $76,000 in Australia/New Zealand, the survey also found.

Application testing as a distinct discipline doesn’t appear to be fading away anytime soon. Rather, organizations appear to be investing even more in testing to deliver higher-quality applications.