Simplifying software: how Puppet aims to take the “soul-crushing tasks” out of IT 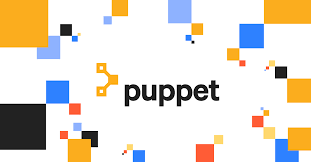 With over 40,000 companies relying on the firm to change the way they use software, Puppet wants to end repetitive tasks, simplify workflow and bring higher levels of security and infrastructure configuration to organisations through taking advantage of modern tech.

The enterprise has recently announced two new developments. The first being ‘Project Nebula’ and the second being its plan to update its focus on continuous compliance, continuous deployment and incident remediation. Puppet spoke to DevOpsOnline to discuss their latest ideas and what they could mean for the software world.

Briefly tell us about Project Nebula

Why did you feel this product needed to be created?

Our traditional DevOps customers are looking for ways to accelerate value delivery to the business and cloud-native computing is one of the many ways that they are looking to achieve that objective. Most of us have realized some sort of self-service delivery model and we are practicing continuous testing and delivery for most traditional applications but the next steps to get to continuous deployment can be challenging.

Continuous deployment requires the ability to model environments so that they can be deployed on-demand by each code committer to test out their changes.

Based on our initial private beta, we found two major pain points that were inhibiting folks to apply continuous deployment to cloud-native applications:

Puppet has always been a leader in providing a common workflow to abstract away complexities through automation and thought this could be a really good problem for us to solve. We borrowed some of the core principles that we used to re-invent configuration management automaton and extended them into the cloud-native world.

Infrastructure developers or DevOps teams, who have already realised the benefits of infrastructure as code will be able to apply similar declarative principals to cloud-native continuous deployment with Project Nebula.

What will it mean for IT teams?

Nebula enables IT teams to adopt cloud-native technologies at scale across their organisation. DevOps teams will now be able to create reusable workflows that application developers and infrastructure admins can use to deploy cloud-native environments on demand for dev, test, and production use cases. We believe that this will unlock even more business value by enabling developers to push their code out to production dramatically faster than before with higher quality.

Why do you think cloud native technologies are playing such a big role in IT today?

Simply put, organisations are looking to adopdt cloud-native architectures and delivery workflows to realise the full benefits of the cloud —faster value delivery, higher resilience, and deeper automation. All companies want to deliver software and features faster for a competitive edge.

What is the biggest challenge that people face in adopting cloud-native technologies?

As we noted above, one of the challenges that we are seeing is being able to adopt cloud-native at scale. People can usually get started initially but when it comes to building and growing out and to multiple teams, there’s a lot of challenges because they are working with new workflows, new technologies – it can be a big learning curb and you can hit a roadblock.

There’s also an ill-conceived notion that cloud-native technologies will simplify your life and when adopting cloud-native technologies, applications developers can now manage everything —that won’t happen. Great app developers don’t want to be saddled with things like security patching, compliance reporting, credential rotation, setting up the right monitoring thresholds and alerts—this list goes on.

Organisations that hold on to these beliefs will make early progress as cloud-native technology projects incubate, but they will flounder under the reality—and complexities—of running and securing software at scale once the reality of production tarnishes the promise of how containers and serverless make everything easy.

What are you doing to remove the roadblocks that teams face?

Management and those who are looking to instrument cloud-native environments need to know that their teams will face more complexity not less and they really need to focus on building out teams with strong infrastructure developers who understand how to manage and build on complexities.

In addition, they’ll need to start looking at tools that help them start automating out complexity in all their environments — including cloud-native — as automation is no longer a nice to have, it’s a must as we start to build diverse, multi-cloud environments.

What are you doing to help modernise companies?

Puppet brought this to the server world and is bringing this into a multi-cloud world, so companies can continue to innovate knowing that their infrastructure is elastic, safe and secure and in the state that they want it to be.

What are you doing to empower your customers?

Puppet’s founder started Puppet back in 2005 with a deep meaning and purpose – to eliminate soul-crushing work. This is still the motto that drives Puppet today. As IT becomes increasingly complex, we are still focused on taking out soul-crushing work through automation, and ensuring that our customers can effectively scale and secure environments so businesses can stay stable and grow.

We are also heavily focused on helping our customers move to the next chapter of a multi-cloud world where they will be managing traditional environments and making moves to cloud, containers and beyond. We are building the tools that help them create continuity and leverage content across these environments so they can more quickly ramp up and handle the changes that they are being asked to make by the C-Suite. Project Nebula is a great example of how we are taking concepts from a traditional environment and building them into cloud-native.

In an ideal world, what would need to be done to completely optimise continuous compliance and continuous deployment?

Compliance comes in many forms when it comes to cloud-native infrastructure. Most folks need to satisfy a set of regulations that are specific to their industry, PCI for retailers as an example. In an ideal world, there would be multiple checks across the delivery pipeline to check for and enforce compliance policy. Scanning the source code is a proactive step that most folks do today, the next step would be to integrate a continuous verification interface into your delivery pipeline, typically during the test and deployment phases. Folks also scan the running apps and infrastructure to detect compliance violations which then automatically triggers a new deploy that includes the fixes required to be back into compliance.

And for all of the above to take place, teams would need to redesign their organisations and processes to fit this automated approach, and trust that those checks against compliance policies are sufficient enough to forego a final human check before deployment.

What are the hopes for the future of Puppet?