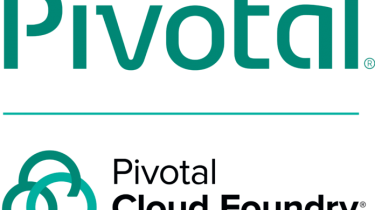 Pivotal has announced general availability of Cloud Foundry v2.6, highlighting a quartet of features, one of which is still in beta, while two of them have yet to actually ship.

Second up, the new version promises it “integrates nicely with the most popular CD tool” Spinnaker. “Spinnaker 1.14 now supports several advanced CD scenarios with PCF,” Pivotal said in its statement. “As a result, large development teams can more easily deploy to production to improve outcomes.”

On the coming soon list, are a new permissions model in Concourse for PCF, Pivotal’s CI/CD tool, which the company said will allow for better segmentation of access to build pipelines. V5.2 will offer five roles for access control, and also offer faster container and volume cleanup. It will also add compatibility with CredHub for secrets management.

Also “coming soon” are multi-datacentre replication capabilities for MySQL, in beta for now, but promising “more stability and scalability” for database apps. Developers will be able to create a “leader-follower MySQL instance” and to bind apps in either of these foundations to the multi-dc MySQL instance. Once this is enabled, developers will be able to trigger a failover of their follower MySQL site in the event of a disaster – or simply carry out datacenter maintenance on one site while keeping the other up.

Pivotal also flagged up Enterprise PKS 1.4, plus a handful of Kubernetes tools, (ytt, kbld, kapp and kwt), though these were first flagged up a couple of weeks ago.

However, Pivotal cut its financial forecasts earlier this month, and got a hammering for financial analysts who accused it of taking too long to recognise that we are moving into a Kubernetes-based world.

That last point is, perhaps moot. However, it certainly seems the company is eager to show it is giving its product range a big shot of vitamin K.