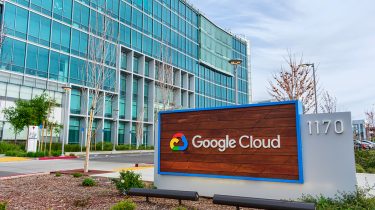 A wide array of businesses from various sectors are currently using GCP platform. By employing OneLedger’s full retinue of developer tools, enterprises and developers will get access to the OneLedger protocol, that will enable them to run the node within only seconds.

By launching the full node, users will get access to the OneLedger blockchain network, where they will be able to evolve and utilize their Javascript smart contracts.

Companies are very fond of Javascript usage since, after all, it is one of the most widely used programming languages in the world.

By providing access to enterprises with the easy admission to a blockchain protocol, which is built on Javascript, the adoption becomes impeccable. There are two important functions that are being served with the existing on the Google Cloud Platform. First one is displaying OneLedger to an extensive user base which Google already has, and the second one regards the help developers need to get started smoothly.

“We want new clients to test our products. We want OneLedger to be a popular brand amongst businesses. Google does make the process easier and faster, and this will help us reach a broader audience.”

The developers are now able to easily access the OneLedger protocol, and start building Dapps right away. They even have the possibility of launching their own blockchain on top of the OneLedger protocol. When compatibility gets carried through in the near future, companies will be able to interact with multiple blockchains after they run the full node.

This is of the crucial matter since one of the weaker points that blockchain developers are constantly struggling with is the issue of interoperability and OneLedger wants to provide a platform which is truly a universal protocol where different chains can interact with each other through the sidechains.

Back in June last year, the company managed to raise funds through ICO and has continued to develop its platform since then. There have been massive progresses made among which is their release of the beta version of its testnet named CHRONOS in January this year.

The company has an attitude that they want to operate with a small team and then move steadily to become a big team when they have the final product to market to the blockchain community.

One of the other projects they started during this six month period is OneExplorer. The OneExplorer required supporting infrastructure to retrieve data from the blockchain and the company built an Application Blockchain Interface (ABI) and Remote Procedure Call (RPC), that work together to feed data to the OneExplorer. In February they released OneExplorer Beta.

OLT is ranked as the 414th largest cryptocurrency in the market by capitalization on CoinMarketCap. At the time of writing the coin went up by 30.4% to $0.012039.