Okta updates its developer experience with revamped applications and APIs 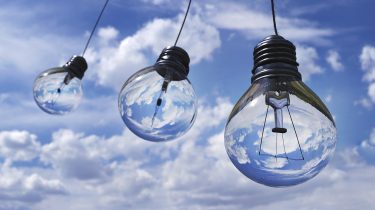 Cloud identity access management company Okta Inc. today revamped its developer experience with features that include new integrations and documentation in a general release that’s free for up to 15,000 monthly active users.

The updates are part of Okta’s new Starter Developer Edition that will provide developers tools to embed the company’s Okta authentication, authorization and user management into enterprise cloud applications at scale.

The company announced the product revamps during the first day of Oktane21, the company’s three-day virtual developer conference.

“Okta’s vision is to enable everyone to safely use any technology,” said Diya Jolly, chief product officer at Okta. “Developers are foundational to bringing that vision to life, and it’s our goal to make every piece of the development process easier with Okta. Developers can ramp up at no cost with the Starter Developer Edition.”

“Our reimagined developer experience delivers tools that seamlessly work with developers’ toolchains across whatever hybrid, cloud, or multicloud environment they’re building on,” said Jolly. “If developers need to do something with identity, they can do it with Okta.”

With new application programming interfaces, developers will find their footing with Okta faster than before, and this can be done with a redesigned console for all Okta customers that the company says will help deliver a faster time to market and full application lifecycle support.

The company has provided what it calls “Auth For All,” secure applications support and further identity infrastructure across a multitude of popular languages so that developers can get running in their preferred code faster than ever before with enhanced documentation.

In addition, Okta has included integrations for DevOps, SecOps and API Security tooling. This means that developers can quickly prototype Okta’s identity capabilities across numerous use cases including continuous integration and delivery or roles and management when securing applications, APIs and infrastructure.

New integrations include Heroku to automate identity across CI/CD pipelines, Kong to protect APIs and an updated Okta Terraform provider, which can replicate Okta configurations across environments.