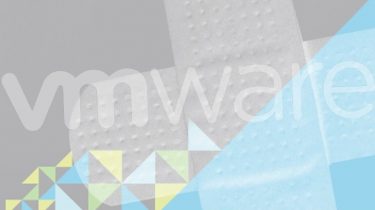 CVE-2021-21982 affects a platform designed to secure private clouds, and the virtual servers and workloads that they contain.

A critical security vulnerability in the VMware Carbon Black Cloud Workload appliance would allow privilege escalation and the ability to take over the administrative rights for the solution.

The VMware Carbon Black Cloud Workload platform is designed to provide cybersecurity defense for virtual servers and workloads that are hosted on the VMware’s vSphere platform. vSphere is VMware’s cloud-computing virtualization platform.

The issue in the appliance stems from incorrect URL handling, according to VMware’s advisory issued last week.

That in turn would allow the attacker to access the administration API of the appliance. Once signed in as an admin, the attacker could then view and alter administrative configuration settings. Depending on what tools an organization has deployed within the environment, an adversary could carry out a range of attacks, including code execution, disabling security monitoring, enumerating virtual instances within a private cloud and more.

“A remote attacker could exploit this vulnerability to take control of an affected system,” said the Cybersecurity and Infrastructure Agency (CISA) in a concurrent alert on the bug.

Companies are urged to update to the latest version, version 1.0.2, of the VMware Carbon Black Cloud Workload appliance, which contains a fix.

Users should also limit access to the local administrative interface of the appliance to only those that need it, VMware recommended.

Egor Dimitrenko of Positive Technologies was credited with discovering the vulnerability.

The security hole is only the latest critical problem that VMware has addressed. In February for instance, VMware patched three vulnerabilities in its virtual-machine infrastructure for data centers, including a remote code execution (RCE) flaw in its vCenter Server management platform. The vulnerability could allow attackers to breach the external perimeter of an enterprise data center or leverage backdoors already installed on a system, to find other vulnerable points of network entry to take over affected systems.