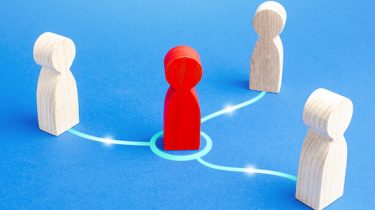 New Relic has announced its intent to acquire Pixie Labs, a startup that has developed an observability platform that runs natively on Kubernetes.

Observability, a core tenet of any set of best DevOps practices, has become a larger issue as IT organizations begin to deploy microservices-based applications based on containers on Kubernetes clusters that have lots of dependencies. The only way to manage those applications effectively is to find a way to gather metrics in real time.

Pixie Labs employs the extended Berkeley Packet Filter (eBPF) at the Linux kernel level to automatically collect baseline data such as metrics, traces, logs and events. That approach eliminates the need to individually instrument every application deployed on a Kubernetes cluster using agent software that needs to be maintained, updated and secured.

The company addresses that challenge using a distributed machine data system it developed that creates streaming telemetry pipelines. The data from those pipelines can be employed to create artificial intelligence (AI) models to optimize Kubernetes environments or, alternatively, consumed via scripts and debugging interfaces fed into existing monitoring tools.

Asgar says the New Relic approach to unifying the monitoring of applications and infrastructure aligns with the Pixie Labs approach because the data it collects tends to focus more on what’s occurred in a Kubernetes environment in the last 24 hours to help developers debug applications. The New Relic platform will use that data to augment the platform, which is widely employed to optimize both microservices-based applications and monolithic applications.

While observability as a concept has been around since the dawn of DevOps, it’s only recently that many of the providers of what historically have been known as application performance management (APM) tools have begun to recast their offerings as observability platforms.

Part of that shift can be attributed to the rise of microservices, which require deep levels of instrumentation to effectively manage given all the dependencies that exist between them. Previously. Most IT organizations limited their use of APM platforms to their most critical monolithic applications because of the costs and the challenges associated with injecting and updating agent software embedded within those applications. Pixie Labs solves that latter issue by eliminating the need for agent software altogether.

It’s unclear to what degree agent software may be required to instrument IT environments going forward, especially as eBPF becomes more widely employed. The one thing that is certain is there’s no shortage of observability platforms, as competition among the providers of these platforms becomes increasingly fierce.

Each IT organization naturally will need to decide to what degree it wants to continue using its existing observability platform that will evolve over time versus adopting a new platform. Regardless of the path chosen, IT teams have never had better visibility into their IT environments.