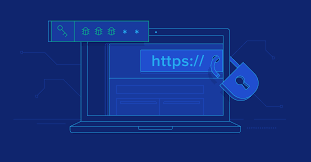 Plugging gaps throughout the cloud-native strata is now crucial to avoid exposing data and breaking privacy regulations. Yet, gaining visibility into these holdings is challenging, and traditional application security practices may not cut it within a cloud-native context.

A new 2021 CISO Report released by Dynatrace, “Precise, automatic risk and impact assessment is key for DevSecOps,” demonstrates increased false positives and a general lack of real-time container runtime vulnerability scanning among enterprise IT departments worldwide. Of the 700 CISOs surveyed, most report that microservices, containers and Kubernetes have caused security blind spots across their organizations.

Below, we’ll cover the major takeaways from the study to see why new cloud-native development models are leaving security gaps. We’ll consider how CISOs can increase security throughout the cloud-native IT stack while still reaping the rewards of container-based delivery models.

Engineers are shipping code to maintain release velocity and to meet the demand for digital innovation. In the process, 28% of CISOs say application teams sometimes bypass vulnerability scans to speed up software delivery. Due to these realities, it’s no surprise that 71% of CISOs admit they are not fully confident code is free of vulnerabilities before going live in production.

As some teams bypass security pre-production, it follows that more aren’t applying holistic security scanning during production. As a result, nearly all organizations (97%) lack real-time visibility into runtime vulnerabilities, found the report.

Adding to the number of cloud-native blindspots is information overload. The report calculated that, on average, an organization receives a staggering 2,169 new alerts of potential application security vulnerabilities each month. Out of this high volume of alerts, 77% of CISOs say they are mostly false positives and not actual exposures.

Due to minimal testing and a high number of false positives, organizations are likely to leave many vulnerabilities unpatched. To make matters worse, developers, pressed for time, may lack the bandwidth to resolve known issues.

Faster Delivery, Harder Detection
Much of the setbacks in vulnerability detection may lie in a general shift toward new ways of working and faster delivery cycles. For example, 63% of CISOs reported that DevOps and agile methodologies are making it harder to detect and manage vulnerabilities.

In addition, 74% of CISOs say traditional security controls such as vulnerability scanners no longer fit today’s cloud-native world, and 77% of CISOs agree that automation could help. This could involve replacing manual deployment, configuration and management with more automated approaches. Others agree that security-as-code is required to ensure high container security best practices.

To compensate for this gap, most CISOs believe the onus is not on the security team but the application and DevOps teams to manage and respond to vulnerabilities—85% of CISOs believe these groups should hold responsibility for vulnerability management. These findings come to light as other stakeholders advocate for increased full-cycle developer control and encourage the DevOps mindset across roles.

Handing more control to developers sounds good, yet, 64% of respondents say developers don’t always have time to resolve vulnerabilities before code goes into production. As a result, over one-quarter of application teams bypass vulnerability scanning entirely. Often, engineering teams may not frequently sync with security groups, and DevSecOps principles are not yet pervasive throughout all organizations.

The report also highlighted the fact that existing security tools are often ineffective; 69% of CISOs say security tools slow down DevOps because they only focus on one state of the software delivery cycle.

Cloud Use Requires Security Repositioning
As cloud architectures rise in prominence, organizations are adopting cloud-native tools like microservices, containers and Kubernetes. There is also the chance of multi-tool conditions further complicating the vulnerability scanning process. With more systems to protect than ever before, teams may have to reposition their approach to vulnerability detection.

“The increased use of cloud-native architectures has fundamentally broken traditional approaches to application security,” said Bernd Greifeneder, founder and chief technology officer at Dynatrace. “This research confirms what we’ve long anticipated: manual vulnerability scans and impact assessments are no longer able to keep up with the pace of change in today’s dynamic cloud environments and rapid innovation cycles.”