DISTRIBUTED CLOUD TO DEFINE THE FUTURE OF WORK 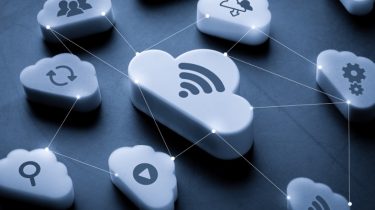 The increasing network of computers paved the way to numerous development in computing technologies like cloud computing. And with each advancement, there has been a seismic shift in trends that drive IT functions and operations. Even cloud trends are influenced by changes brought by the introduction of new disruptive technologies and evolving IT requirements. For instance, while Cloud 1.0 was a euphemism for hosted services, Cloud 2.0 brought us web-optimized apps, now Cloud 3.0 is leading with hybrid-cloud and hybrid multi-cloud services. However, while most of the IT companies have a hybrid cloud strategy in place, the IT departments are often struggling with it. Enter Distributed Cloud.

In technical parlance, distributed cloud is distribution of public cloud computing services to geographically dispersed infrastructure. This enables user to run public cloud infrastructure in multiple locations. So one can operate its public cloud infrastructure and also other cloud providers’ data centers, in third-party data centers or colocation centers – and manage everything from a single control plane. Here the responsibility for operation, governance, updates, lifecycle control, security, reliability and evolution of the services falls on the originating public cloud provider. Distributed cloud minimizes latency, network congestion, and risk of data loss, while bringing us closer to the end-user as a decentralized cloud system. According to Gartner’s report, this represents a significant shift from the centralized model of most public cloud services and will usher a new era in cloud computing.

The ongoing COVID-19 pandemic has led to tremendous changes in economic conditions. Cloud providers had to expand their footprints to keep up evolving customer requirements, thus underwriting a new era of cloud services. Though existing hybrid cloud attempted enabling unified cloud strategy, enterprises have been struggling as private cloud and public cloud are two different implementations that need to be managed separately. With the customer-managed private cloud resources, the cloud providers managed public cloud resources; thus creating a bifurcated system.

Distributed cloud extends the cloud provider’s centralized services including offloading operations and governance to geographically distributed micro-cloud satellites and private cloud. It ensures that computation, storage, and networking are in a micro-cloud located outside the centralized cloud. Since this architecture involves adding cost-effective microprocessors it provides a better price/performance ratio when compared to a centralized computer which relies predominantly on mainframes. Also it provides greater visibility and management to existing hybrid cloud platforms, from one console, with a single set of tools.

This is why with distributed cloud, the physical location of where those data centers are located becomes increasingly important to reduce latency. Also since distributed cloud doesn’t require the energy-hungry cooling systems used for server racks, it is therefore, a much greener storage solution. In case a cloud platform goes down, users still have the app in another, implying distributed cloud yields better availability for each application. This also means, lower network failure risk because the cloud services can reside in local or semi-local subnets, allowing them to operate intermittently untethered.

Gartner anticipates two phases of distributed cloud computing. Phase I will involve like-for-like hybrid, where enterprise customers would buy cloud substations to replicate the promise of hybrid cloud and avoid latency-based problems. And in Phase II, which is also referred to as next-gen cloud, would comprise of utilities, universities, city governments and telcos, among others, buying cloud substations and opening them for use by near neighbors. Apart from these, it is also possible that third parties will participate in delivering a subset of centralized cloud services of major cloud providers.

In gist the distributed cloud improves the user experience of a network, thanks to its more computational power and geographical scalability. It also enhances security by surmounting the bottlenecks of regulatory compliance with specific data privacy regulations. Further, as data is split into small subsets and spread across a peer-to-peer network, it warrants that files are 100% private and accessible to user as they have been safely stored across the network. Simultaneously, with rising importance of Internet of Things (IoT) and other data-intensive systems, distributed cloud enables efficient end-to-end management for the optimal distribution of data, computing, and network connectivity.