Why GitHub is the gold standard for developer-focused companies 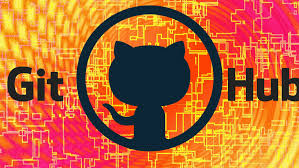 Ecosystem is not just a concept from 6th Grade Science Camp or a segment from some beautifully-filmed, British-narrated nature series. Business and technology also thrive on the idea of an interlocked community that together functions as a system. The PC ecosystem sprang up to combine hardware and software together to meet a broad variety of needs.

Even in the more vertically-integrated world of Apple, within the App store software companies build and sell applications to enhance the company’s operating system. The very existence of Silicon Valley is built upon a rich interaction of diverse organizations and talented individuals working in harmony to create a better experience for users.

In many ways, the cloud has delivered on the promise of the positive benefits of an ecosystem by creating platforms where everyone can benefit. An early success with this model is Salesforce, one of the first players to build a cloud-based platform complete with an app store, launching back in January 2006. Now the Salesforce AppExhange is the world’s largest marketplace for business applications with millions of downloads every year.

While many of the companies on AppExchange have built apps to integrate Salesforce with their own existing software offering, some have chosen to exclusively develop apps that are 100 percent native to Salesforce. The benefits of doing so are clear. The Salesforce platform offers a number of built-in features, including a well-designed architecture, the ability to scale easily, top-grade security as well as easy access to the gigantic Salesforce customer base.

These features allow companies to build reliable, enterprise-ready applications quickly. Companies that have seen particular success investing into the Salesforce platform include Apttus ($1.3 billion valuation), ServiceMax (sold to GE for $915 million), and Veeva Systems ($3 billion marketing capitalization). At the same time, Salesforce’s own valuation has swelled to $116 billion.

Can this platform-ecosystem model be replicated for what has grown to be the most critical function of any business, software development? And if yes, with all of the development-focused companies operating in the space, who is best positioned to execute on such a strategy?

Today, GitHub is the hub for collaboration and communication around software development. It represents the largest software development community, with over 38 million developers and thousands of enterprises and organizations relying on the platform. It also offers a marketplace with apps designed to add critical functionality to GitHub, extending its feature set, and improving the lives of developers. GitHub is already an ecosystem, and a successful one at that.

Now, with last year’s purchase by Microsoft supporting them, it is clear that GitHub has a real opportunity to continue building out a robust ecosystem, with billion dollar companies built upon what could turn into a powerful platform. Is GitHub the next ecosystem success story?

In a word, yes. At my company, we bet on GitHub as a successful platform to build upon from the very start. We felt it was the place to build our solution if we wanted to streamline project management and keep software teams close to the code.

As every company becomes a software company and that development work continues to grow as a key competitive advantage, the code that propels that software will be a huge value driver. GitHub is where that code is built and collaborated on. It only makes sense that a robust ecosystem of developer tools would spring up to improve GitHub beyond its core capabilities.

Three factors combine to give GitHub its great potential to be the next great ecosystem: audience, the freedom of best-of-breed choice, and the continued evolution of the value of software.

At the heart of GitHub is an audience of software developers, obviously the most important component of software. GitHub has won the allegiance and preference of developers.

With over 38 million developers, it is by far the largest community of developers in the world. Spanning from open source and personal projects to the work of large enterprises, GitHub is used by over 2.1 million companies and contains over 100 million software repositories.

The GitHub community is thriving and diverse, and it engages developers on both a personal and professional level. It is widely accepted as the open source platform to collaborate with contributors. If you are building a project with a community around it you should be doing this on GitHub. GitHub continues to be the place for software development of any kind.

The importance of freedom

The second factor driving GitHub as the next great ecosystem is the best-of-breed freedom and choice it provides. Within GitHub is the room to help brand new start-ups materialized and big businesses boom, much like Salesforce.

While GitHub has started to build outside of its core offering, the mission of the company is to create the best solution for developers, PERIOD. They then take an undifferentiated, un-opinionated approach to the rest of the market, such as the ancillary things developers need like CI, project management, and more.

This makes GitHub an attractive platform to build on top of. There is lots of room to capture meaningful market percentage, as GitHub isn’t trying to be all things to all developers. Developers have needs that can be met by vendors who build on GitHub, such as the approach we have taken with my company.

This aspect of saving room for differentiation and added-value from third-parties is not insignificant. Such a “free market” environment creates huge opportunities. There is room for multiple solutions. GitHub is not a top-down dominated or winner take all environment. It is a thriving, healthy ecosystem.

Finally, software is continuing to eat the world. The increasing value and demand for software continues at an unrelenting pace. As software continues to be the central value driver for every business, GitHub is positioned at the center of software development.

Instead of just a tool for developers, it is becoming seen as a central source of truth for organizations to see and understand how a vital part of their business (software) is progressing. GitHub will become more of an operational concern and not just a developer tool.

This parallels Salesforce, where it is not just a CRM for the sales team. Instead of just being another tool in a tool stack it will become what salesforce is to the sales team or an ERP is to a finance team. Today, finance, marketing, product development, and even HR have interactions with Salesforce.

It is still the place where the business of sales is performed, but the interactions are now much broader. Similarly, GitHub will become a critical part of how every company operates. It will become a core part of a customer’s business. By extension, this makes the total addressable market of GitHub huge.

Any ecosystem that has these three factors can be big. GitHub has a special combination of these things and its success will drive further success as it becomes the next big ecosystem.