What’s behind the Google Cloud and VMware partnership? 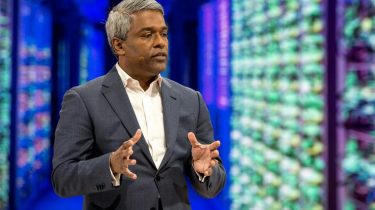 Last week the two vendors announced a deep integration, allowing customers to run virtualised workloads on Google Cloud Platform, so what does that mean for the market and who are the target customers?

Following the announcement last month of a major partnership with Google Cloud, VMware workloads can now be run on all three of the major cloud infrastructure providers, as well as Alibaba and IBM.

The deal clearly signals VMware’s desire to set itself up as a key player in any enterprise hybrid IT strategy, while Google Cloud continues to look to prove itself as a viable rival to Amazon Web Services (AWS) and Microsoft Azure.

Kurian and his peer Sanjay Poonen, chief operating officer for customer operations at VMware, each used that post to identify a pool of customers that had been asking for better interoperability between the two vendors, with the Google Cloud VMware Solution by CloudSimple announced as a result.

This new product, which will be generally available later this year, allows customers to run workloads on VMware’s flagship vSphere platform natively in Google Cloud Platform.

“This brings customers a wide breadth of choices for how to run their VMware workloads in a hybrid deployment, from modern containerised applications with Anthos to VM-based applications with VMware in GCP,” Kurian added. Google Cloud will also support VMware Cloud Foundation, which was released specifically to deploy and run hybrid clouds.

The wrinkle here is the presence of CloudSimple, a three-year-old “VMware-as-a-service” start-up from Santa Clara. The new solution brings together VMware software-defined data centre (SDCC) technologies like VMware vSphere, NSX and vSAN software and deploys it on a platform administered by CloudSimple, specifically for GCP.

This allows customers to migrate VMware workloads to a VMware SDDC running in GCP to take advantage of its standout services, with a specific focus on AI and machine learning capabilities. Support comes from both Google Cloud and CloudSimple.

“CloudSimple, a start-up, has built a product that allows customers to use the vSphere hypervisor on other cloud platforms. They have a deal with Azure, and now they’ve signed one with GCP,” Lydia Leong, distinguished VP analyst at Gartner told Computerworld via email.

Anthos is where things get interesting, as Google Cloud would prefer enterprise customers to use its own service mesh for hybrid cloud management instead of Vsphere, so there is an element of the two firms being frenemies in this partnership to consider.

“Part of the tension point could be which control plane will be preferred long term? Anthos or VMware products? That is up to the customer to decide,” Nick McQuire, vice president of enterprise research at CSS Insight, posited to Computerworld.

“Particularly for Google, they will ultimately want customers to use Anthos, but equally, if they don’t and are using GCP for IaaS it is still OK for Google in that scenario. From a VMware point of view they will want to maintain that control plane and need to continue to satisfy customers in that space.”

However, added Gartner’s Leong: “Many customers do not want to change their existing hypervisor environments, and some customers have applications from small ISVs who only support VMware-based virtualisation, and thus need some VMware when they migrate to the cloud.”

Implications for the market

Now enterprise customers can choose to run Vsphere workloads on GCP, Azure and AWS. That means customers have more choice than ever, but will also have to make assessments as to the cost implications of each option and which workloads to run where if running a hybrid multi-cloud strategy.

Microsoft, however, recently moved to close a licensing loophole that allowed its customers to save money when running software on VMware in AWS, as reported by Business Insider, in a move that AWS CTO Werner Vogels branded a “bait and switch” on Twitter. Microsoft is also yet to open up its private cloud Azure Stack in a similar manner.

The last elephant in the room will be Red Hat now that it has completed its mega-merger with IBM and aims to become what CEO Ginni Rometty called at the time “the world’s number one hybrid cloud provider”.

Just last week IBM launched Cloud Paks, which aims to allow customers to run applications on all of the major public and private clouds.

“Part of what VMware are doing is very much trying to be that enabler of multicloud infrastructure in a hybrid context,” Nick McQuire said. “What is changing now, and this comes back to the point of the announcement, is that companies that are still heavily on-premise and VM-based are going to the cloud.”

Google has been heavily focused on the hybrid and multicloud story under Kurian, reflecting a broader market shift, with the announcement of Anthos a big step in that sense.

“Having Kurian in charge has laid out a clear path to meet customers where they are on their cloud journey and VMs are key part of that,” McQuire said. “Full integration with the VMware stack in GCP is something they would need to address, so I think to an extent this was a highly necessary step for Google to strike this deal.”

In terms of who this is for, Google Cloud is clearly looking to give enterprise customers fewer ways to discount it out of hand in favour of the broad offerings at rival vendors AWS and Azure.

By tightly integrating with VMware, customers that run highly virtualised environments now have a clearer path to consumer GCP services. From VMware’s perspective this allows it to continue offering as broad a service as possible.

“Our partnership with Google Cloud has always been about addressing customers’ needs, and we’re excited to extend the partnership to enable our mutual customers to run VMware workloads on VMware Cloud Foundation in Google Cloud Platform,” Poonen said as part of Kurian’s blog post.

Google Cloud wouldn’t specify who these customers were when asked by Computerworld, but did earmark the retail sector as one that showed an interest in this partnership. Kurian also directly mentioned customers running SAP and Oracle applications in virtualised environments from VMware as key considerations when making this deal.

Some major shared global customers also include Airbus, which uses VMware for desktop virtualisation and Google Cloud Platform in its defence and space arm, as well as global bank HSBC, which is a VMware and Google Cloud customer.