What would a breakup of Google mean for startups? 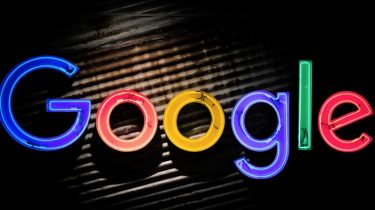 Is Google powerful? Very powerful! If you ask any tech insider, they will tell you that Google knows more about you than your family, the government or your pastor. In terms of percentage of usage share of web browsers, Chrome is the clear winner, with Safari and Microsoft Edge trailing behind. Over 70% of search advertising is done on Google Search. Google’s YouTube is the world’s biggest video content site, Gmail is a top email service, and Google Maps is probably the map that most people use to get from point A to B. As of January 2021, Google’s Android OS powers 71.9% of the world’s mobile phones. Google permeates our daily lives – from the news and entertainment we consume, to the way we work and communicate, shop, choose restaurants and go places.

If you were to ask governments and regulators if Google is powerful, the answer might be that more policing and regulation is needed for it not to abuse its power. This is in fact the case here in Europe, where since 2010, the European Union has launched three separate antitrust investigations into Google for violating the EU’s competition laws due to its dominant position in the market. These cases have resulted in formal charges against Google related to Google Shopping, Google AdSense and the Android operating system. To date, Google has been found guilty of antitrust behaviour in the cases related to Google AdSense and Android and has been fined over €8 billion. The latest slap on the wrist was in March 2019, to the tune of €1.49 billion, was in relation to unfair competition in online advertising. The US is catching-up with three governmental anti-trust lawsuits filed against Google in last quarter of 2020. Calls for its break-up became a campaign agenda by then 2020 US presidential hopefuls Elizabeth Warren and Bernie Sanders. Dubbed as the “Breakup of Big Tech”, the campaign was not limited to Google but also to other tech behemoths like Facebook, Amazon and Apple.

Here we examine the three antitrust lawsuits lobbed by the EU, for unfair shopping comparisons, abusing its dominance in Android to unfairly favour its own services and stifling competition in online advertising. You can think of Google as the internet shop window; it displays its own stuff right at the front. This leaves competitors’ services languishing in the stockroom equivalent of page two of the search results. In all of these lawsuits and in the arguments for its breakup, you will see the phrases “unfair competition” and “stifling competition/innovation”. Collection of personal data and getting first-hand knowledge (and therefore, first leverage) of global trends are also cited as reasons to regulate or hold Google more accountable.

So, does Google have “the curse of bigness”? Is it right to call for its breakup? Is curtailing its “unbridled power” warranted? What will a breakup accomplish? How will it affect the tech innovation ecosystem? What could it mean for startups, not just in Europe but globally?

There is a whole ecosystem of Google products that captures the majority of internet traffic and keeps that traffic by putting in place a tight integration among Google products. Google search is integrated with Google Flights, Google Analytics, Google AdSense, YouTube, etc.

The unbundling of Google’s integrated products and allowing them to interface with third parties will help level the playing field for new players in the market. For example, Google Flights search results may no longer be prioritized in flight searches. YouTube videos will no longer be automatically highlighted in song searches, giving other video platforms a fighting chance.

Edging out existing competing platforms and keeping out potential new players stifles both competition and innovation. Competitors and new players always start as challenger startup companies – Patreon for example came out of one musician’s desire to make a living from his YouTube videos. Now you can see the same scenario playing out with other bundled Google products – Google Search with Google Maps, Google Search with Google Flights, etc.

Google has the capability (and resources) to easily reproduce fledgling startups services or products. The Google Cloud Platform (GCP) for example, is a major provider of cloud computing infrastructure which is used by startups. Imagine that there is a startup that wants to offer speech to text processing using AI who uses GCP and discovers that now Google Cloud has a similar (and competing product) under its ”AI and Machine Learning” product offering. From a technology enabler, Google is now a competitor. And what a mighty competitor it is! The ease at which Google can integrate or add a new product is astounding. This has something to do with Google’s massive resources and buying power.

Alphabet Inc., Google’s parent company is one of the largest technology companies by revenue and one of the world’s most valuable companies in terms of market capitalization. That being said, Google has the cash to gobble up any company it fancies. And it has been doing so since its foundation in 1998. Here is a list of 241 mergers and acquisition by Google, dating back to its early days. If you examine the list, the acquisitions range from web search engines, to blogging, to map analysis and you will see that they are either integrated or used under current Google products. Google (and other big tech like Apple, Facebook and Amazon) is also known to acquire startups to expand its knowledge and technology in “hot” or cutting-edge tech.

Since 2009, Google has acquired the most number of AI startups – a total of 30 according to a compilation by research firm Crunchbase. Among its notable acquisitions is Nest Labs in 2014 (for around 2.6 billion), which heralded Google’s foray into the connected home. Nest Labs is now ‘Google Nest’. Another 2014 major acquisition is London-based AI startup DeepMind (for around 419 million). Its latest recorded acquisition was in 2019 with a customer service automation startup Onward. The record AI acquisitions by big tech prompted an FTC query into underreported acquisitions and the mounting concerns over big tech’s overall role in tech monopolization.

This is perhaps the most important effect of breaking up a big tech like Google. The reduction of its capability to buy out potential competitors, because the assets of, say, YouTube as a single company is way less compared to Google’s holding company, Alphabet.

When a big tech company sees an innovative startup, and they feel that the startup’s product or technology poses a threat to the big tech’s existing product, they can quickly raise capital to acquire that startup. That startup’s innovative technology either becomes an enabling technology to enhance the big tech’s existing product or this technology (and by extension innovation) gets suppressed. The same stifling effect on innovation can be said about its ability to absorb players in new tech – potentially altering the direction or swaying it in the direction beneficial only to them.

Google has appealed against all of the antitrust penalties handed down by the EU. These lawsuits, including the ones in the US and around the world, have not dampened Google’s revenue, though. Shares of its parent company Alphabet have rocketed nearly 30% in 2020. On January 16, 2020, Alphabet became the fourth US company to reach $1 trillion market value entering the trillion dollar companies club (along with Apple, Microsoft and Amazon) for the first time.

If you are a startup in Europe (or anywhere else, for that matter) and your exit strategy is to get acquired by Google, it is probably better for you that things stay the same. Google can very well afford it! On the flip side, if you do not want to get acquired, want to genuinely innovate, or want an ‘IN’ into its tightly integrated product portfolio to scale – then watch out for Google!