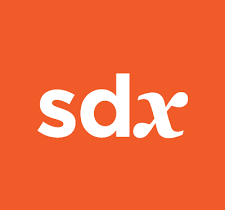 VMware and Vapor IO today announced plans to build a Multi-Cloud Services Grid, the first fulfillment of the Open Grid Alliance. This re-architected internet revealed by a group of vendors in April envisions a shared platform for distributed compute, data, and intelligence at the edge.

The pair of vendors, which formed the alliance with support from Dell Technologies, DriveNets, MobiledgeX, and PacketFabric, intend to integrate the VMware Telco Cloud Platform with Vapor IO’s Kinetic Grid platform. This blending will allow developers and operators to initialize grid services on demand, according to the companies.

VMware and Vapor IO said the Multi-Cloud Services Grid will be available in Las Vegas, Pittsburgh, and Dallas later this year.

“To unleash truly transformative innovations at the edge, what we need is a fungible edge. One that stitches together the right level of compute resources, in the right place, at the right time, driven by application intent,” Kaniz Mahdi, VMware’s VP of advanced technologies, explained when the Open Grid Alliance was announced.

Multi-Cloud Services Grid Catalyzes ‘Fungible’ Edge
Those resources traverse the entire network stack, including infrastructure hardware, SDN, virtualization, automation, and applications. The group contends that cloud providers, developers, vendors, network operators, and service providers all have a role to play in assembling the specialized needs that must be addressed to deliver on the full promise of edge computing.

The Multi-Cloud Services Grid doesn’t include that entire group of stakeholders, but VMware and Vapor IO claim it will enable “hypercomposing,” the automated delivery of real-time resources on demand for network functions, applications, and services.

The system will also allow users to stitch together workloads spanning edge and cloud infrastructure to enable latency-intensive applications and disaggregated 5G systems, according to VMware and Vapor IO.

“The Vapor IO and VMware teams will deploy bedrock capabilities that serve the entire community, growing opportunities for providers and consumers across the entire stack,” Vapor IO CEO Cole Crawford said in a statement.

“We want this to be the catalyst for other organizations to co-create and co-innovate with us, developing the new technologies and go-to-market business models that will enable us to collectively deploy the Open Grid at scale, worldwide,” he said.