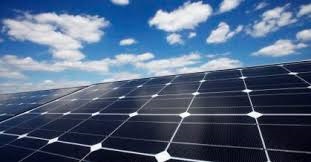 SAN FRANCISCO–(BUSINESS WIRE)–Sysdig, Inc., the cloud-native visibility and security company, announced today the hiring of Kris Nova as the company’s Chief Open Source Advocate as adoption of Sysdig’s open source tools continue to surge, including a 240 percent increase in Falco adoption in the last nine months. Trusted by government agencies, financial institutions, Fortune 2000 enterprises, and web-scale companies, along with contributions from Frame.io, Shopify, Snap, and Booz Allen Hamilton, Falco is an open source intrusion and abnormality detection solution tool for cloud-native platforms and a Cloud Native Computing Foundation® (CNCF®) Sandbox project. To keep up with growth, Sysdig has more than quadrupled resources dedicated to the company’s open source projects. With Kris Nova’s leadership, the company will focus on implementing Falco’s governance model, an outline that sets guidelines and standards for both contributors and maintainers in order to ensure the project’s compliance and health as Falco looks to move to the next stage within the CNCF.

“At Sysdig, we provide open source and commercial security and monitoring tools, and we’re committed to helping every developer, service owner, and security professional reduce the risk of developing in the cloud – it doesn’t matter to us if they have ten nodes or they are a Fortune 500 company, either way, we have a solution,” said Loris Degioanni, Chief Technology Officer and Founder of Sysdig. “As Falco has matured and adoption increased this year, we are allocating more resources – human and financial – to ensure the technology continues to evolve. Kris Nova is a Kubernetes pioneer, and we look forward to continuing to grow Falco and drive adoption together.”

“Sysdig is full of genuine and smart Kubernetes experts, the people you want building the projects used to protect your environments,” said Kris Nova, Chief Open Source Advocate at Sysdig. “Besides helping to lead Sysdig’s open source tools, I look forward to getting to know Falco’s users, both one-on-one and at shows. Falco needs to be in any stack and I look forward to helping people to understand why and how to implement. I am excited to work with Sysdig’s talented team of engineers, and getting to know Falco contributors, as we all work together to solve concrete problems!”

Falco joined the CNCF in October 2018 and over the last nine months, Sysdig has backed several open source initiatives, including integration with Extended Berkeley Packet Filter (eBPF). This integration made Falco the only major security and behavioral activity monitoring tool for containers to be powered by eBPF in the Linux kernel, container, and Kubernetes ecosystems.

Other Falco highlights from this year include being one of the first open source projects to tap the then newly launched Kubernetes Audit Policy, which brings more data to light by creating an additional feed of events to monitor. The Falco team also released a Falco Operator, which automates day-to-day workflow, and its inclusion in the OperatorHub.io.

In April, the company announced Falco’s addition to the Google Cloud Platform Marketplace. The Falco team has also focused on supporting other open source projects, including fellow CNCF projects containerd and CRI-O. Both updates were pushed live with the Falco 0.15.0 release, making Red Hat, IBM Cloud, and GKE integrations a reality for users using older versions of certain platforms.

Earlier this month, Sysdig release the Falco rules library, which enables enterprises to adopt rules created by open source community members, without having to spend time building the rules themselves.

Today, nearly 30 percent of Sysdig’s engineers regularly contribute to Sysdig’s open source projects, a number that will increase over the next quarter. While focusing on governance and the contributor’s experience, the Falco team will work to automate tasks to reduce the load on the maintainers, give contributors the possibility to execute simple commands for common tasks, rather than a heavy reliance on the GUI, and implement a more fine-grained resource access management. The Falco team is currently in the process of implementing Prow, the Kubernetes created tool popular with other CNCF projects that provides CI features as well as tools to improve developers’ productivity.

Sysdig will continue to take an active role within Security SIG, a group of more than two dozen companies that work together to provide guidance, information, and code that enhances the overall security of the OpenStack ecosystem. Similarly, the company recently joined the Linux Foundation’s Continuous Delivery Foundation (CDF) earlier this year.

Kris Nova, Chief of Open Source at Sysdig, focuses on security, intrusion detection, and the Linux kernel with Kubernetes and eBPF. As an active advocate for open source, Nova is an ambassador for the CNCF and the creator of kubicorn, a successful Kubernetes infrastructure management tool. Nova joins Sysdig from Heptio/VMWare, where she was a Senior Developer Advocate. Prior to VMWare, Nova was at Deis/Microsoft, where she was a developer advocate and an engineer on Kubernetes. Nova has a deep technical background in the Go programming language and has authored many successful open source tools in Go. Nova has organized many special interest groups in Kubernetes. She is a leader in the community. She understands the frustration with running cloud-native infrastructure via a distributed cloud-native application and authored an O’Reilly book on the topic, Cloud Native Infrastructure. Nova lives in Seattle and spends her free time climbing mountains.

Sysdig has always believed in the power of open source, launching in 2013 with sysdig, the company’s eponymous open source monitoring project, and then creating two additional open source projects – Falco and Sysdig Inspect. To date, the three Sysdig open source projects have attracted a community of millions of developers, administrators, and other IT professionals, along with three industry awards in the past twelve months.

Beyond the company’s own technology, Sysdig has embraced several open source projects, including Kubernetes, Anchore, and Prometheus.