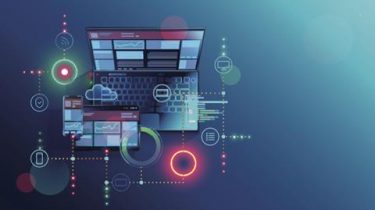 T experts consider corporate bureaucracy the number one obstacle as they try to streamline enterprise software development in their companies.
DevOps
F5 Networks, which conducted a poll of IT experts, believes automation will lead to broader acceptance of DevOps
According to a survey conducted by IT service provider F5 Networks, 40% of experts polled said hurdles such as difficult-to-change testing processes, ticket systems or manual processes tend to stand in the way of implementing agile development processes such as DevOps.
The second biggest challenge is presented by the prevalence of legacy code and legacy systems in their companies.
And third was the incompatibility of production environments.
Rodrigo Albuquerque, DevOps solution developer at F5 Networks, stressed the importance of DevOps in today’s business environment. “DevOps is clearly playing an ever bigger role,” he said in a press release. “It boosts efficiency through the optimization of processes, the disappearance of silos, automation tools, standardizing of platforms and a strong culture of collaboration.”
Despite the barriers slowing down DevOps implementation, Albuquergue said he was optimistic about the prospects of the new development approach. “Automation will in the end lead to a broader acceptance of DevOps.”
F5 said it has also detected a trend toward more cooperation across teams.
The IT service provider surveyed 170 participants at its recent DevOpsDays gathering Amsterdam
0 0 votes
Article Rating
Subscribe
Login