Still Increasing the Power of Hybrid IT Through Open Source 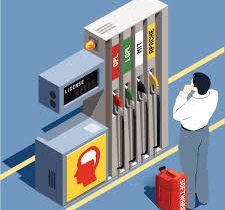 They said that tools, like the green screens of ISPF and the Eclipse desktop IDE, enhanced with proprietary plugins have served mainframe application developers well over the years. However, there are changes in the larger world of development that are creating the conditions for a revolution in mainframe tooling.

With experienced mainframers retiring, those likely to fill their roles prefer modern IDEs, especially Visual Studio Code. The annual Stack Overflow Developer Survey found that the popularity of Visual Studio Code grew from 34.9% to 50.7%, while Eclipse fell from 18.9% to 14.4%. The same survey found that Python is the most sought-after scripting language skill among developers.

According to 451 Research, 24% of companies are releasing application software daily or hourly. DORA’s State of DevOps report shows 20% of companies deploy multiple times per day. Software delivery expectations have changed, with continuous deployment becoming the new normal and, to remain vital, mainframe application development needs to match these frequencies.

Che is an open-source Java-based developer workspace server and browser-based IDE that is container-native. For enterprises, Git provides a good analogy for the primary value a hosted IDE provides: its usability and collaborative power have made Git the de facto standard for version control. Che’s workspace server offers comparable benefits to development teams, especially hybrid IT ones.

Che is relevant to developers working on the mainframe through the Che4z subproject. It provides access to the z/OS file system, remote debug and remote editing of COBOL programs with all the expected modern editor capabilities including syntax highlighting, code assist, and real-time syntax validation. Che4z is currently in beta with the first release scheduled for Q4.

Che was architected to deliver a VS Code-like experience from the outset. It is based on Eclipse Theia, which provides an in-browser VS Code experience complete with the latest tooling protocols: language server, debug adapter, and compatibility with VS Code extensions.

The Che4z subproject, contributed by Broadcom, provides language support for COBOL and High-level Assembler is planned. The language server protocol (LSP) enables developers to use these languages with Che, VS Code, and any other LSP clients (eg IntelliJ, VIM, Emacs).

For many Fortune 500 companies, the mainframe hosts critical system-of-record applications and data, while the cloud and mobile applications have evolved from user-oriented systems-of-experience. Cross-platform apps combine modern user experiences with the transactional power and data assets of mainframes.

Because cloud and mobile developers need to integrate mainframe applications, allowing them to use the tools they know is key. That means the popular code editors and IDEs they love today as well as new innovations, like the browser-based, container-deployed tools they will love tomorrow.

While open source is not new to the mainframe – zLinux has been around for years – access to off-platform toolchains were opened with the introduction of Zowe. The Che4z extensions are open sourced and free to use. The legacy vendor-controlled model has given way to open source tooling for development teams.

Whether developing for mainframe or other platforms, the Che community welcomes contributions from those passionate about software development. Want to incorporate a lesser-used language? Anyone can seek community support for an idea or simply do it themselves. The Che/Che4z communities will ensure the proper procedures are followed before the code is ever released.

Consider the compatibility and maintenance nightmare created by the heavyweight plugins required for Eclipse. For mainframe leaders, the need to reduce costs is an ongoing challenge, as is the need to quickly onboard the next generation of developers. As a container-based IDE with no client footprint, local installation, maintenance, and configuration are eliminated. The potential of moving entire teams currently using Eclipse with customizations to Che provides an attractive opportunity to materially reduce operating costs and increase productivity.

Because Che workspaces are containerized, they can be used to onboard new team members at lightning speed – open the container, begin work.

The extensions that open the mainframe to the Che IDE are powered by the Zowe open source framework, maintaining mainframe-native security standards. Zowe, which was founded by Broadcom, IBM, and Rocket Software and is the first open source project based on z/OS, enables developers to manage, control, script, and develop on the mainframe as easily as any cloud platform.

Command Line Interfaces (CLIs), for example, are popular with developers wanting the productivity lift of scripting and higher levels of automation (ie CLIs facilitate DevOps adoption). The Zowe CLI is a key component of the Che4z stack.

Also, Code4z is a free Visual Studio Code plugin that offers mainframe developers the ability to access datasets and elements on the mainframe and develop mainframe code using today’s most popular desktop IDE.

Enterprises used to dealing with software vendors are, rightly, wary of stepping into open source implementations that may not provide the infrastructure to adequately support software once it goes live in production. Therefore, vendors, like Broadcom, are providing commercial, fully supported versions of these open technologies to help enterprises adopt and integrate them with their existing, proven proprietary solutions.

CA Brightside provides a streamlined installation process and technical and legal support for all Zowe core capabilities, as well as support for the Che4z stack and Code4z plugin. It tests and certifies these solutions for their quality and security, as well as supporting integrations with solutions like CA Endevor SCM, CA File Master Plus, and CA OPS/MVS.

For companies wanting to empower developers integrating mainframe assets with the most powerful application development tools on the planet, Che provides the immediacy of VS Code use with the path to full-on, in-the-cloud, team collaboration.

Expanded tool choice, greater alignment with off-platform peers and DevOps-fuelled software delivery acceleration are all elements of a mainframe appdev revolution in the making, powered by Che.