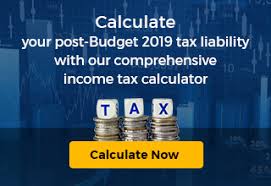 Source:- financialexpress.com
The Redwood City, California-based business software maker is also now offering to support its workloads running on VMware, and will also allow customers to run VMware workloads in its cloud while retaining full administrative access.
Most of the corporate world now understands the benefits of cloud computing—it enables flexible pay-as-you-go IT deployment for companies. Oracle’s Generation 2 Cloud Infrastructure provides not only the basic building blocks companies need—many compute options, reliable storage, fast networking – but also advanced capabilities including autonomous database and AI-driven analytics with robust security built-in throughout. “Oracle Cloud has brought a new level of integration and enabled employees to focus on higher value activities,” said Safra Catz, CEO, Oracle.
Take, for instance, Federal Bank. With 1,200 branches and 1,600 ATMs across India, the bank needed a unified and singular view of the performance of all its ATMs. As an early adopter of Oracle Autonomous Data Warehouse (a self-provisioning, self-configuring database engine), it took less than four weeks to develop a user-friendly solution complete with drill-down and roll-up capabilities. Combined with the power of Oracle Analytics Cloud service, senior leaders are now empowered with actionable intelligence, leading to faster decision-making in response to customer behaviour data collected from all over the country.
Amongst the first few adopters of Oracle Autonomous Database in the education space globally, Sharda University has moved away from routine IT management, and instead begun to focus on enhancing the learning experience for students. With Oracle Analytics Cloud, Sharda has been able to extract deeper, more meaningful insights for decision making.
Hindalco chose Oracle EPM Cloud solution as it collaborated with its finance and IT functions effectively. By using Oracle Cloud, it was able to harness the power of data and automate its routine chores smartly, in a cost-effective way that helped deliver sharper insights to the senior management.
Tech on demand

For these companies, Oracle Cloud Infrastructure provides a cost-effective deployment option with access to the most advanced technologies on an on-demand basis. From startups to some of the world’s largest companies across industries, they are leveraging a broad portfolio of services provided by Oracle Cloud.
Oracle is uniquely positioned for growth in the enterprise cloud applications market segment, as it leverages the database, analytics, security, integration, and extensibility capabilities of its underlying Oracle Generation 2 Cloud Infrastructure, Chairman and CTO Larry Ellison said at the recently concluded Oracle OpenWorld conference in San Francisco. Ellison said that Oracle this year has been working on adding a number of autonomous services to its next generation cloud, as it marches towards its ultimate goal of delivering the “world’s first completely and truly autonomous cloud”.

Towards this, there’s a new layer in the stack – Autonomous Linux for Cloud and an Oracle OS Management Service. “The new version of Oracle Linux is autonomous,” he said. “It’s already in use on hundreds of thousands of servers in the Oracle cloud, and is now available to customers for use on premises. Like the database, it provisions itself, it scales itself, it tunes itself, it patches itself while its running.”

Oracle’s strategy is straightforward: Grow its Autonomous Database franchise and move existing customers to it. Among other takeaways, Oracle’s suite of cloud applications, including ERP, EPM, HCM and customer experience (CX) gained new features and updates. It rolled out Digital Assistants across all its Oracle Cloud Applications, multiplying the number of tasks they can help with. The Redwood City, California-based business software maker is also now offering to support its workloads running on VMware, and will also allow customers to run VMware workloads in its cloud while retaining full administrative access.