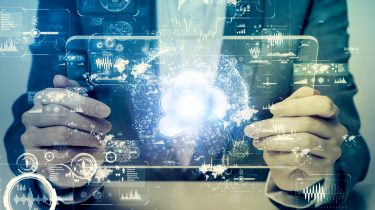 Microsoft and VMware have taken their well-established relationship up a notch by tying together application and network technologies to help customers support secure WAN access to critical enterprise applications.

The SD-WAN news comes on the heels of a Dell’Oro Group report that finds the worldwide SD-WAN market grew 50% in the fourth quarter of 2020 compared to the prior year. “The combination of pent-up demand caused by the COVID-19 pandemic and an acceleration away from legacy technologies created a surge in SD-WAN adoption during the fourth quarter,” said Shin Umeda, vice president at Dell’Oro Group.

“The way businesses and customers access resources has fundamentally changed during the pandemic – and network traffic can be generated from branch offices, cars, homes, you name it, and all of that traffic needs to be protected and optimized,” Uppal said.

With the new integration, all SD-WAN branches or locations in the customer enterprise network or in employee homes can connect to SD-WAN edges deployed in Virtual WAN hubs and exchange connectivity information. With this architecture, customers can have thousands of locations connecting to Azure cloud with a single policy change, Uppal said.

Customers also have the option to consume VMware SD-WAN Edges deployed and maintained by Microsoft/VMware in Virtual WAN Hubs, as a managed service, if they choose, Uppal said.

In addition, since Azure Virtual WAN hubs can communicate with other Azure hubs, SD-WAN branches can easily route traffic over the Azure backbone infrastructure to the closest Virtual WAN hub to exchange information, Uppal said.

This VMware/Microsoft integration is just the latest in a list of work the companies have done. In a recent tie-in last year, VMware said it is working with Microsoft to offer services for Azure Edge Zones and Azure Private Edge Zones. Edge Zones deliver Azure services and let customers run Virtual Network Functions including VMware SD-WAN by VeloCloud across Azure regions and Azure Edge Zones.

Aruba, Cisco pursue tech tie-ins, too
VMware has critical technology relationships with other big cloud players, such as AWS and Google. It’s a strategy that its competitors are following as well. For example, Aruba, a Hewlett Packard Enterprise company, said at Ignite it is further collaborating with Microsoft on two new services. The first, Aruba IoT Transport for Azure, lets customers link IoT devices connected to Aruba access points and controllers to the Azure IoT Hub. The idea is to allow the secure, bidirectional movement of data between IoT devices and Azure applications, Aruba stated.

Cisco, too, has made a number of tie-ins with Microsoft Azure and other cloud players. In September, for example, Cisco added a feature to its SD-WAN Cloud OnRamp package to help customers manage and improve application performance of Azure-based workloads.

Cisco and Microsoft have also to make it easier and more efficient for SD-WAN customers to set up and run direct Internet access to enterprise applications such as Office 365 and other Azure Cloud services. This integration lets customers extend their WAN to Microsoft Azure Cloud and, in parallel, deliver optimized, secure Office 365 communications, according to Cisco.