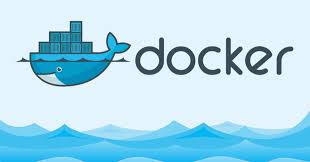 Do you struggle with memorizing Docker commands? LazyDocker is a simple, yet customizable, terminal user interface for Docker and Docker-compose. It was written with the minimalistic Go library, gocui. Watch the demo video and see how this project can help programmers with Docker commands and container tracking.

Have a case of summertime lethargy? Go on, be a little lazy. This new open source tool from Jesse Duffield aims to help make Docker a little easier, taking some of the stress off of developers’ shoulders, by offering a user interface.

LazyDocker is a “simple terminal UI for both Docker and Docker-compose, written in Go with the gocui library”.

Docker user interface
According to the GitHub README, this project is for Docker users who want to streamline their process more, without worrying about commands or keyboard shortcuts. The creator states:

“Memorising docker commands is hard. Memorising aliases is slightly less hard. Keeping track of your containers across multiple terminal windows is near impossible. What if you had all the information you needed in one terminal window with every common command living one keypress away (and the ability to add custom commands as well). Lazydocker’s goal is to make that dream a reality.”

docker
A new contender for the cutest logo award? Source.

Some of the features include:

SEE ALSO: Golang grows in the enterprise: Half of users program with Go daily

Full keyboard and mouse support in the UI. (View the keybindings.)
Create additional custom commands and re-bind keys
Clean, sleek terminal interface
Keep track of your containers and view metrics with customizable ASCII graphs
Remove containers taking up disk space
View logs for containers and services
Customizable UI colors with high contrast option
View ancestor layers of images
Restart, remove or rebuild any container or service
Joining the lazy life
In order to run this, you will need Docker (the project creator recommends the latest version) and optionally, Docker-Compose v1.23.2 or newer. You will also need Go version 1.8 or newer.

SEE ALSO: Python for data science – Implementing Python libraries
Watch the demo on YouTube to see some of its features and how it works, with a walkthrough from its creator.

Interested developers can manually install the binary release on GitHub here. Or, install via homebrew or using an AUR package manager.

View the package config docs to see what all of the configuration options mean.

Want to help out or have a feature request to bring it closer to maturity? The project creator is also looking for contributions and pull requests.

Looking for more “lazy” options? Project creator Jesse Duffield also has LazyGit available on GitHub. Similar to LazyDocker, it is a simple terminal UI for git commands written in Go.