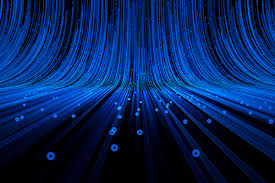 The ongoing COVID-19 pandemic and recent social strife has pushed the Kubernetes project to alter its quarterly update schedule through the end of the year, though it’s looking to get back in track (like the rest of the world) in 2021.

The Kubernetes 1.19 release should have dropped at some point around June 30. That would have maintained what had been a near metronome-like schedule of platform updates dating back to its initial 1.0 release in mid-2015. However, external events have altered that pattern.

“The 1.19 release has been quite different from a regular release due to COVID-19, George Floyd protests, the Black Lives Matter movement, and several other global events that we experienced as a release team,” explained Taylor Dolezal, lead on the Kubernetes 1.19 Release, in an email to SDxCentral. “Due to these events, we made the decision to adjust our timeline and allow [special interest groups], working groups, and contributors more time to get things done. The extra time also allowed for people to take time to focus on their lives outside of the Kubernetes project and to ensure their mental wellbeing was in a good place.”

The 1.19 update is currently scheduled to be released on Aug. 25. The update is expected to include a greater focus on sidecar integration, which has been an ongoing focus point for several of the past updates.

Dolezal, who is also a developer advocate at HashiCorp, said that the subsequent 1.20 release will be the last one scheduled for this year, “and the plan is to return to a three-month update cycle (baring no unforeseen circumstances),” he added.

The current delay could be a boon for enterprises that continue to struggle with Kubernetes’ infernal update schedule. A Platform9 survey of more than 1,300 attendees at last year’s KubeCon + CloudNativeCon event in San Diego found more than 44% cited “upgrades” as challenge in running Kubernetes.

This new ebook explores edge computing as an efficient way to handle the massive data volumes generated by 5G technology. Learn about edge computing architecture and the benefits associated with having a more distributed network.

By clicking the link, I consent to share my contact information with the sponsor(s) of this content, who may reach out to you as part of their marketing campaigns, and register for SDxCentral email communications. See how we use your data: Privacy Policy.

As part of this reset, the project also launched a new working group focused on evaluating the language and naming choices within the project “with a specific initial focus on removing barriers to contribution and adoption by replacing harmful language with neutral terms whenever possible,” Dolezal explained. This move is similar to one being instituted by a number of vendors that are looking to remove “problematic language” from software terms.

The Kubernetes project is also requiring all of its chair and technology leads to complete a Linux Foundation unconscious bias course that Dolezal will help identify “possible language or practices that may proliferate such bias.”