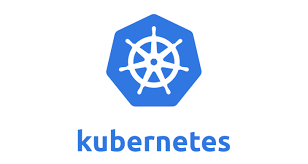 As many of us come into our third month of working at home, we have become ever more dependent on technology for keeping in touch and continue working using cloud-based applications and tools. Many of these cloud-based applications run in software-defined containers in large data centers. Kubernetes is a popular open source software platform for managing and “orchestrating” these containers.

Several companies have recently announced features that work with Kubernetes to manage backup and storage of Kubernetes orchestrated containers. This article will look at some of these announcements and discuss their importance in enabling the cloud applications that allow us to work remotely and do more things.

Amazon Primed: Mulling Cinema Chain Purchase, Closed In France, Big Gaming Content Play
New International Accelerator Programme For Scale-Ups & Startups Launching
Why The Way You Talk About Artificial Intelligence Needs To Change
Docker is a popular container system and Kubernetes is an open source container orchestration system for Docker and other software containers. Kubernetes can coordinate Docker containers running on clusters of hosts at scale. Kubernetes was originally designed by Google and is now maintained by the Cloud Native Computing Foundation.

NetApp recently introduced its Project Astra, a software-defined platform that is currently in development with the Kubernetes community. Project Astra is meant to deliver robust, easy-to-consume, enterprise-class storage and data services platform for Kubernetes that will enable application and data portability for stateful applications.

UK startup StorageOS released version 2.0 of its cloud native software-defined, persistent storage for Kubernetes into general availability . The company says that StorageOS V2.0 has been designed for organisations that want to run hyper-converged and/or multiple cluster Kubernetes environments with the underlying storage to support cloud native workflows and stateful applications, whether in the cloud, on-premises or a hybrid local and remote cloud. The company also says that its V2.0 encrypts data in transit and that traffic between nodes is encrypted and authenticated.