How The Cloud Transformed Our Systems—And My Career 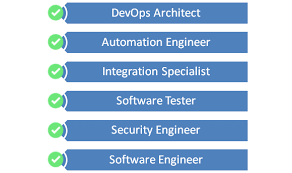 Source:-forbes.com
With over 10 years experience using the cloud to deliver fundamental change and business value, I’m surprised that so many organizations are still just using the cloud as a place to park their virtual machines (VMs), rather than as a way to improve their applications and drive digital transformation.

I was first exposed to the transformational potential of the cloud in 2009, as CIO of Comic Relief, a leading not-for-profit that found itself with an interesting conundrum; the telethons that had made it famous since its creation in 1985 by Richard Curtis were becoming more and more digital—less phoning, more online donations.

Because of the emotional nature of appeals, viewers were compelled to donate on the night of the main TV show, which was watched by millions of viewers.1 This created a concurrency problem, where the incredible spikes of traffic generated from people who wanted to donate required an infrastructure that could cope with hundreds of transactions per second, but only for a short period of time. Building a platform that existed to only serve one or two peaks of traffic a year would have been prohibitively expensive, and so we were excited to explore cloud computing.

With great support from several of the major tech companies, we were able to develop a horizontally scalable, cloud-based platform that set records for transaction volumes and demonstrated how it was possible to create autoscaling systems that could cope with spikes in capacity requirements.2 Horizontal scalability in this context meant we could increase our capacity and throughput by simply adding additional nodes, rather than upgrading or changing the existing nodes. It allowed us to add relatively cheap and readily available hardware to scale to our needs.

More recently, as CTO at National Geographic in Washington, D.C., it was my great privilege to move the National Geographic Image Collection to the cloud to help protect this important visual legacy for many generations to come—taking 2 million of the organization’s most iconic images (for example, the “Afghan Girl”) and moving them from an internal platform to Google Cloud.3

This was critical to the organization, because the previous on-premises solution was no longer performing in line with the users’ expectations. Moving it to the cloud allowed us to cost-effectively provide the application with more compute power to increase performance and scale as concurrency of user sessions grew.

Of equal concern was the system’s security posture—a simple username and password approach—that didn’t align with the new policies I was putting in place. We were able to significantly improve it with a new access framework, using the identity and access management capabilities in Google Cloud to restrict access to properly authenticated users.

The last decade has seen an incredible change in the tech landscape, and I think that we’re only at the beginning of what’s possible with cloud—there is still much potential for innovation and I’m excited about the future.

Beyond performance and security improvements, there is simply a lot of unexplored value in cloud computing. According to a recent McKinsey study, enterprise cloud adoption is still in its infancy, with a rate of around 20%.4 More interesting still is the fact that of those organizations that have adopted the cloud, only around 10% of their workloads have been moved off-premises.5 This leaves plenty of room for innovation.

One of the challenges is that the cost-benefits that are often touted by cloud providers are not easily realized, and in some cases organizations may actually see an initial increase in costs as they move workloads to the cloud. This is due to a number of reasons, including:

The other challenge is that the applications lovingly developed by IT organizations over the last few decades were most likely created within a data-center paradigm. This often meant that they were created as large, monolithic applications running on tightly coupled hardware and middleware, minimizing the ability to tap into some of the special magic that comes from the cloud. For example, adopting best practices in microservices and APIs allows different teams to develop and deploy new features and enhancements independently of each other, reducing unnecessary dependencies on deployments.6

As such, “lift and shift” (a simple focus on moving VMs and the apps running on them to the cloud) doesn’t cut it. And when cloud migrations are approached with a focus on moving VMs without thinking about modernization and innovation, the promise of the cloud may fail to materialize, leading to resistance from other leaders and a loss of confidence from technology teams.

However, there is a solution—adopt a “move and improve” mindset and seek ways to stimulate innovation and drive modernization of your applications and systems when moving them into the cloud.

It’s true that you might not be able to rebuild an application from the ground up in the way that we did at Comic Relief, due to time or cost constraints, but I believe passionately that a phased approach is necessary to drive cloud success.

Identify which of your mission-critical applications should be prioritized for your migration, and which should be deprecated or replaced by cloud-native applications. For example, should your custom-built legacy application running on Java really be migrated to the cloud, or could the business see benefits from moving to a software-as-a-service (SaaS) solution?

Once you have a clear vision of which applications you’re prioritizing, think about how moving them to the cloud might create opportunities for improvement. For example, could you put in place a new security framework to protect access to your application and data?

Seek out elements of your application (or the services to it) that could be enhanced without having to fundamentally change it. Could you take advantage of cloud-native storage capabilities like Cloud Spanner to replace the aging database that your application runs on, for example? A good way to identify what to enhance is to pinpoint the key metrics that drive your business, and then measure and model them using alternative approaches. For example, if your business depends heavily on new customer sign-ups, could improvements in page performance for your websites and apps have a material impact on financial performance? How much do your existing relational database management system licenses cost? And what benefits could be realized by moving to a cloud-native database?

Later, you’ll have the opportunity to fundamentally change your application to be fit for the cloud by “modernizing” it with cloud-native services. These will likely provide better functionality than your existing environment. For example, could the part of your application that allows users to add and manage metadata in documents be replaced by a machine-learning engine that does that automatically and requires human intervention only for exceptions? How quickly could you break up existing applications into microservices and APIs with individual components that could be iterated upon and deployed independently of each other, thereby rapidly increasing your development velocity, while reducing cost and risk?

In my forthcoming book, “Working With Dinosaurs,” I explore this in much more detail, and propose approaches and methods for organizations that want to embrace digital transformation, using the cloud as a catalyst.

Lift and shift should be the start of your journey into the cloud, but definitely not an end in itself—the real value to an organization will come from genuinely embracing the power of the cloud to drive innovation in existing applications and business processes. A recent Gartner study concluded the following: “By 2022, 50% of cloud initiatives will be structured to produce the strategic benefits of digital business.”