How CIOs are transforming their organizations for the digital era 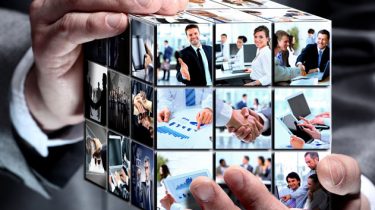 Social, mobile, analytics and cloud (SMAC) forms the primary digital fuel for most IT organizations. But most CIOs eager to stay atop trends are also testing new products in artificial intelligence, machine learning, internet of things and blockchain. Collectively, such technologies have the potential to help companies transform their business processes.

As Victor Fetter, CIO of LPL Financial, puts it: “The leading CIOs are finding the right spots in their organization to make strategic hires to drive transformation. And they’re creating an environment where it’s OK to innovate and use that to see how it shapes the agenda. They’re doing all of that in a space that’s wrapped around the customer experience you want to deliver.”

However, CIOs know to avoid technology for technology’s sake. Rather, Deloitte says, the tools must be harnessed as part of a new “unbounded IT” operating model in which CIOs better align their IT departments with the business strategy. And CIOs have work to do as industries remain less than 40 percent digitized on average, according to research McKinsey & Co. A few CIOs recently shared with CIO.com their methodologies for attacking this challenge.

Fetter, whose financial services firm supports 700 banks and credit unions and more than 14,000 financial advisors, is focused heavily on improving the way LPL caters to its customers. He’s established a customer experience center where members interact with financial advisor clients to learn ways they can improve their workflow and processes. The team reports its findings to LPL’s business groups, which can adjust customer experiences, optimize workflows, enhance data insights and implement other customer-facing tools.

Fetter also appointed a DevOps point person whose role is to shrink time to market and hired a “data lead,” whose job is normalizing, extracting and using data in different ways and making it available to the business and clients. “It’s about finding those key roles that you want to have in your organization to really drive change,” Fetter says.

Cultural change also extends to competitions and events, including hackathons and guest speakers, such as Constellation Research’s Ray Wang, who Fetter says brought a broad view of emerging technologies and their role in markets. When LPL moved to a new facility in Fort Mill, S.C., Fetter created an innovation lab. There engineers can test emerging technologies, such as how to use Amazon.com’s Alexa and other virtual assistants to check balance inquiries, trades and other transactions . Fetter says such experiments force engineers to think about how they must rewire service layers to integrate voice into LPL’s back-end systems.

LPL is also prototyping a digital dashboard intended to serve as a virtual assistant for customer service representatives. When a call comes in, the rep can see who is calling, conduct a sentiment analysis to gauge the caller’s tone and pull up content pertaining to their recent transaction history to prep the rep. “I think that has the potential to be a game-changer in freeing up time by using information in different ways to provide better service,” Fetter says.

While most CIOs long to build deep benches in a tech talent-strapped world, Pure Storage CIO Yousuf Khan believes he can keep the flash storage outfit running lean thanks to cloud software and automation. Only about 30 workers provide IT for 1,700 employees. Khan runs the business largely on applications from Salesforce.com, Workday, NetSuite, and Marketo.He’s also operating a data warehouse and other infrastructure based on Pure’s own technology.

Rather than hire software programmers — a hard task in the competitive Silicon Valley — Khan works with venture capitalists to learn about software startups that automate IT operations. For instance, he is exploring how employees might create and resolve help desk tickets using chatbots in Slack. Automation will enable his small team to focus on data analytics to bolster the business. “CIOs are business enablers more than ever before,” Khan says.

Khan is also prioritizing cybersecurity, mulling how to defend against social engineering risks, such as phishing threats, an attack vector he says was hardly an issue as recently as two years ago. Part of his challenge is determining which of the many hundreds of tools available will best help him protect Pure. But he also needs cyber staff that can work with the tools to identify and neutralize threats, a tall task at a time when cyber talent remains scarce. Khan is offering to train up IT staff to more sophisticated cyber roles, including new certifications.

“The people are not there,” Khan says. “The challenges that CIOs have includes building out security thinking within your organization and using that to build out that team. Security is one of those areas where every CIO wants to build up their skill set.”

Upgrading IT for a telecommunications carrier, particularly one running legacy ordering, billing and provisioning systems is no easy chore. Yet that’s exactly what Cincinnati Bell CIO Kevin Murray has been focused on in recent years.

As part of a software modernization strategy to help the company work better with its partners and customers, the company has been replacing or augmenting custom software with cloud applications from Salesforce.com, TOA, Callidus, Microsoft, Xactly, among others.

Last July, Cincinnati Bell moved roughly 1,100 employees in the company’s professional services organization onto FinancialForce, an ERP product hosted on and feeding data to Salesforce.com. The migration from custom software to FinancialForce took about four months, compared to the roughly 12-to-24-month cycle it typically takes to move to on-premises ERP solutions. Cincinnati Bell also benefits from periodic upgrades and the software’s ease of use from smartphones.