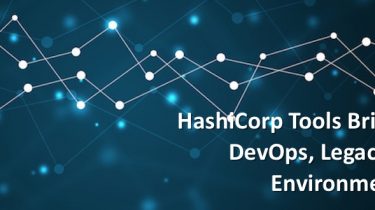 At its HashiConf EU 2019 conference this week, HashiCorp extended the reach of its Terraform Enterprise tools for automating the management of IT infrastructure beyond the realm of DevOps into legacy IT environments.

Via integration with the Service Catalog from ServiceNow, IT administrators working with a traditional ITIL-based framework now can invoke Terraform Enterprise to provision IT services. HashiCorp CTO Armon Dadgar said rather than requiring organizations to hire an infrastructure engineer to automate the provisioning of IT infrastructure, IT administrators now can do the job.

At the same time this week, HashiCorp announced that policy sets may now be configured using the source policies available in multiple version control systems (VCSs), including GitHub, GitLab and Bitbucket. The goal is to make it simpler to enforce policies that would limit, for example, the number of virtual machines a developer might be allowed to spin up within the context of a set of GitOps processes, said Dadgar.

In general, Dadgar said HashiCorp is moving toward enabling its portfolio of offerings to span multiple types and classes of IT environments. HashiCorp Consul, for example, can be run across both legacy IT environments as well as Kubernetes. Most organizations will need to support both legacy monolithic and microservices applications using a combination of DevOps and legacy ITIL processes, noted Dagar. Rather than having to master new tools for each environment, HashiCorp is making a case for a common set of tooling that can be applied across multiple IT classes of processes.

While some organizations have fully transitioned to DevOps, many more organizations are still struggling to make the transition. Reasons for not making that transition faster range from simple inertia to a lack of skills. Rather than having to take an all-or-nothing approach to modernizing IT processes, Dadgar said HashiCorp is enabling each IT department to embrace IT automation wherever they happen to be on that journey, including being able to embrace new platforms as they become available.

Dadgar noted that level of extensibility is critical because most tools are still being brought into organizations from the bottom up by individual members of the IT staff, rather than being championed from the top down. In the absence of an executive mandate, Dagar said the path of least resistance is to make IT automation tools as accessible as possible to members of the IT team regardless of skill level.

There will, of course, come a day when IT leaders will try to rationalize processes around a common standard set of practices. The degree to which any IT organization has been able to achieve that goal, however, has been mixed at best. In the meantime, IT organizations will always need to keep their options as open and flexible as possible.