Google CoLab Vs Azure Notebooks: Which One Should You Prefer? 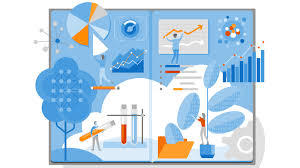 Google CoLab and Azure Notebooks provide a flexible environment for developers to work on. They are very close to each other in terms of characteristics and can often be tricky to pick one. Here is a detailed comparison between the two which has been done on the basis of speed, computing power, memory and more.

2.Computer Power
Google provides the use of GPU for free as a backend. This can also be connected to another VM and get an additional 12 hours of free usage. For training deep learning models, this is a big advantage. Azure Notebooks gives access to either of the following:

3.Memory
Google CoLab limits its memory to 20GB. Whereas Azure Notebooks has 4GB as its memory limit. It will not be much of a problem when dealing with small datasets but while dealing with large datasets, people will definitely want to go for Google CoLab.

W3Schools
4.Importing Libraries
Google Colab allows the importing of libraries without having to install them. The user only needs to write a command for importing. For example, if the user wants to import Pandas he only has to write pd. This feature is very unique to CoLab and Azure Notebooks do not have such an easy way of importing libraries.

5.Language Support
Azure Notebook supports more languages than any other platform. These languages include Python 2, Python 3, R and F#. Google CoLab, on the other hand, supports only Python versions of 2.7 and 2.6. It also supports Swift.

6.File I/O
In Google CoLab, with the help of Google sheets and Drive and also the cloud storage, one can add files by uploading them directly to Colab Storage. But in order to do this, there are a few challenges:

A lot of code has to be written
Files have to be uploaded every time the notebook is disconnected from the Virtual Machine
Files downloaded using wget last only as long as one is connected to the virtual machine
If the datasets are big, Google CoLab does not support the procedures of adding files, as all the methods are not sustainable.

Whereas Azure Notebooks create Libraries in order to add the files. These Libraries are nothing but a collection of comparable notebooks. For the Libraries to hold the data they have to assume that the size of each file is not more than 100 MB. It is convenient when working with small datasets.

8.Additional Features
CoLab provides a provision to add form fields and automatic table of contents. Microsoft Azure Notebooks have many extensions that are pre-installed. These include RISE extension for slide shows.

Which One Should You Prefer?
Picking any of the two depends on what you want to work with. Based on the comparisons above, a work that involves dealing with large, complex data would demand working in Google CoLab. But for something that does not need much data and is computationally easy and not heavy, Azure Notebooks is a better option.