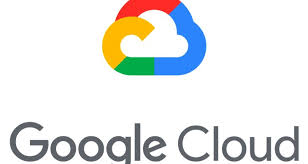 Another day, another product launch in the land of the hyperscalers – and for Google Cloud and Amazon Web Services (AWS), their new services are focusing on machine learning (ML) and containers respectively.

This can be seen, for Google Cloud’s customers, as a potential maturation of their machine learning initiatives. “When you’re just prototyping a machine learning model in a notebook, it can seem fairly straightforward,” the company notes, in a blog post authored by product manager Anusha Ramesh and developer advocate Amy Unruh. “But when you need to start paying attention to the other pieces required to make a ML workflow sustainable and scalable, things become more complex.

“A machine learning workflow can involve many steps with dependencies on each other, from data preparation and analysis, to training, to evaluation, to deployment, and more,” they added. “It’s hard to compose and track these processes in an ad-hoc manner – for example, in a set of notebooks or scripts – and things like auditing and reproducibility become increasingly problematic.”

The solution will naturally integrate seamlessly with Google Cloud’s various managed services, such as BigQuery, stream and batch processing service Dataflow, and serverless platform Cloud Functions, the company promises. The move comes at an interesting time given Google’s ranking in Gartner’s most recent Magic Quadrant for cloud AI developer services; placed as a leader, alongside IBM, Microsoft and Amazon Web Services (AWS), but just behind the latter two, with AWS on top.

AWS, meanwhile, has launched Bottlerocket, an open source operating system designed and optimised specifically for hosting containers. The company notes the importance of containers to package and scale applications for its customers, with chief evangelist Jeff Barr noting in a blog post that more than four in five cloud-based containers are running on Amazon’s cloud.

Bottlerocket aims to solve some of the challenges around container rollouts, using an image-based model instead of a package update system to enable a quick rollback and potentially avoid breakages. Like other aspects of cloud security, surveys have shown that container security snafus are caused frequently by human error. In a recent report StackRox said misconfigured containers were ‘alarmingly common’ as a root cause.

Barr noted security – in this case installing extra packages and increasing the attack surface – was a problem Bottlerocket aimed to remediate, alongside updates, increasing overheads, and inconsistent configurations.

“Bottlerocket reflects much of what we have learned over the year,” wrote Barr. “It includes only the packages that are needed to make it a great container host, and integrates with existing container orchestrators.”