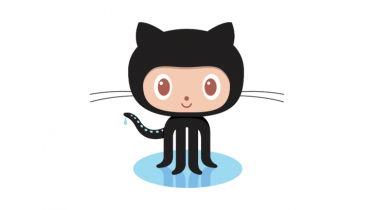 WebAuthn is short for Web Authentication and it’s a protocol that lets you log into an online service by using a digital key. It’s a core part of FIDO2, a secure login protocol from the FIDO Alliance, which encourages industry support for these secure login standards.

GitHub, which Microsoft bought for $7.5bn last year, has been doing its best to secure peoples’ accounts with more secure logins for a while now. Back in 2013, it announced support for two-factor authentication (2FA) via SMS text messages and 2FA apps on a mobile phone. Then, in October 2015, it launched support for universal second factor (U2F) authentication. This was a FIDO specification that allowed the use of a hardware key as a 2FA mechanism.

WebAuthn supersedes U2F and offers everything the older standard did along with some additional benefits:

In theory, WebAuthn can replace the username and password altogether, making your phone, hardware security key or biometric reader the only access mechanism. It can tell the online service you’re accessing: “You don’t need a password. I say this person is legit, and that’s enough”.

That’s convenient, but many people might not be comfortable with it, because no matter what people say about passwords, they provide an extra layer of protection when used with a second factor. In any case, it’s a moot point for GitHub users right now. Online service providers must configure their sites to allow WebAuthn as a primary factor, and GitHub hasn’t done this yet. It only supports security keys as a supplemental second factor right now.

We’re focused on leveraging the most accessible resources for user security – which ensures that the security keys are available on every major platform. We understand that security needs will continue to evolve and we’re evaluating security keys as a primary second factor as more platforms support them.

WebAuthn support is undoubtedly a step forward, even for those developers using the command line to access GitHub. A lot of software engineers live on the command line, and they often use digital keys based on the secure socket shell (SSH) protocol to access GitHub, or an alternative GitHub mechanism called a personal access token that replaces a password.

GitHub supports WebAuthn today on Firefox and Chrome across Windows, macOS, Linux, and Android. Windows users can also access the service using WebAuthn in the Edge browser, while Mac users can use Safari (currently in Technology Preview mode). iOS users can use the Brave browser, but at this point, they’ll still need to use the YubiKey 5Ci hardware key alongside it.

GitHub’s announcement furthers Microsoft’s existing commitment to WebAuthn. FIDO certified the software giant to use FIDO2 in its Windows Hello identification product in May 2019.