Datadog to Meld Observability and DevSecOps 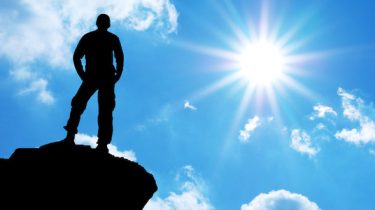 Datadog is planning to expand the scope of the security and observability services it provides following the acquisitions of Sqreen, an application security platform provider, and Timber Technologies, a provider of a tool, called Vector, for collecting and normalizing log data.

Ilan Rabinovitch, vice president of product and community for Datadog, said Vector makes it possible to collect, enrich and transform logs and other observability data from both on-premises and in-cloud environments in a way that makes it easier to route that data to wherever it is needed via a data pipeline.

Sqreen is a provider of a software-as-a-service (SaaS) platform that detects, blocks and responds to application-level attacks using runtime application self-protection (RASP) capabilities enabled by a web application firewall (WAF) embedded within an application.

Rabinovitch said as IT continues to evolve, it’s clear organizations are looking to embrace DevSecOps best practices in a way that will require security tools that can be embedded within an application, coupled with observability tools that provide more context about the overall IT environment. That context is especially critical, given the amount of data that needs to be analyzed to determine the potential scope of a security threat to an IT environment, Rabinovitch said.

The Datadog platform is already widely employed to monitor cloud computing environments. There is an industry wide effort to take monitoring to the next level by enabling observability, which applies analytics to provide more context. Surfacing that context, however, requires the ability to normalize data across a pipeline using Vector, Rabinovitch said.

Of course, the Vector tools are equally applicable to DevOps workflows that have yet to incorporate security technologies. The goal, now, is to make it easier for IT teams, made up of developers, IT operations teams and security specialists, to collaborate by breaking down the various data silos created by IT and security management tools.

It’s too early to tell what impact the rise of DevSecOps will have on roles within IT organizations. Most organizations will continue to employ a range of specialists that will be able to work more closely with IT generalists, Rabinovitch said. Managing IT is becoming the equivalent of a barn raising, in that it requires members of a community with different skills to come together for a certain amount of time to accomplish a specific task, Rabinovitch added.

Regardless of the path forward, it’s apparent the increased complexity of modern IT environments – made up of microservices, containers and serverless computing frameworks – is about to force that issue.