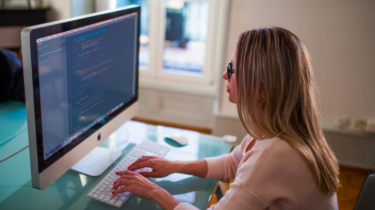 Fifteen years ago, Kohsuke Kawaguchi created the project known today as Jenkins, helping to usher in the modern era of DevOps along with it. Kawaguchi is now the chief scientist at CloudBees, which provides commercial support and services around Jenkins, as well as a growing portfolio of DevOps services and products.

“This whole thing started around 2004 when I was at Sun Microsystems and I was working as a software engineer, and I’m a guy that breaks builds all the time,” Kawaguchi recounted. “One afternoon, I broke one too many builds, and I got a phone call from my colleagues and I remember thinking, ‘Wouldn’t it be nice if the program could catch my mistakes before my colleagues do?’ So that’s kind of how the whole thing started.”

According to data provided by CloudBees, approximately 15.8 million developers worldwide use Jenkins as part of their DevOps workflows today.

However, while Jenkins is a foundational component of what CloudBees as a company provides, it’s only one part of a larger portfolio.

At DevOps World, CloudBees announced the 9.1 release of its Flow application that provides Application Release Orchestration (ARO) capabilities. Flow comes to CloudBees by way of its acquisition of Electric Cloud on April 18. Electric Cloud also has an accelerator product that aims to improve testing cycle speed, which has been rebranded as CloudBees Accelerator 11.1.

“The accelerator makes it possible to accelerate build and test from hours to minutes,” Sacha Labourey, co-founder and CEO of CloudBees, said.

CloudBees also recently acquired (on June 11) DevOps vendor Rollout, whose feature flag technology has since been rebranded and integrated into CloudBee’s larger portfolio.

“With Rollout, you get to experiment, measure and observe the behavior of what you want to test,” Labourey said. “And once you’re done, you can switch it off in seconds. Remember, time is acceleration, so it’s important for you to conclude your experiments ASAP.”

The big reveal at DevOps World came on Aug. 14 with the announcement of CloudBees’ SDM effort, with the goal of unifying visibility into development efforts to help both developers and management understand the current state of a given project.

There are multiple components in the Software Delivery Management service, with a capability called Product Hub at the core, explained Ben Williams, vice president of product management at CloudBees.

The data that the Product Hub dashboard uses comes from the multitude of tools that product development teams are using day to day, including data from Jenkins, JIRA and GitHub, as well as from observability and monitoring tools, he said.

“It’s all being consumed by the cloud-based solution for software delivery management. It’s being organized, and it’s being displayed in a single place with context,” Williams said.

Beyond just visibility, the new service provides an efficiency dashboard that also integrates a policy engine to help institute policies that make processes and developers more productive. Williams explained that for each piece of work, there is a metric that can also be tracked for efficiency. For example, an organization can track how long a piece of work sat in an idle state, he said.

The Software Delivery Management service is currently in limited preview, but CloudBees already has plans to enable future integrations. Williams said the service can connect to any number of different DevOps and CI/CD systems via an app framework.

“The app framework allows users and partners to be able to create custom integrations, to be able to contribute policies and rules to extend the data model, and to build custom functionality,” he said.