Barriers and Approaches for DevOps Evolution at 1st DevOpsDays Portugal 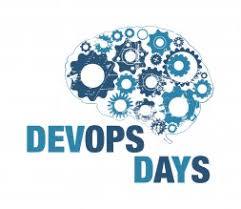 Mirco Hering’s keynote on DevOps transformation set the tone and topic for the first day. Hering characterized the “The DevOps Phase” as the explosion of DevOps practices and tools, and enforced delivery processes. To move to “The Lean Phase”, organizations need to avoid cultural dogmas (e.g. “we must have a DevOps team” when it’s not clear what that means exactly is a common anti-pattern in large organizations with specialized ops needs), and focus instead on culture, people and principles. Hering stressed that instead of focusing on DevOps as an “end state”, organizations need to improve continuously (with a rigorous experimentation approach) and regularly revisit the (largest) bottlenecks in their software delivery value streams.

Allegra Cooper described how Vanguard decided to adopt cross-functional teams to accelerate software delivery back in 2015, but most of the teams still lacked the required test automation skills and this hindered their velocity. By refocusing their QA engineers to become internal testing coaches and trainers (part of a new testing center of excellence), rather than perform QA work in a silo, they were able to help teams upskill and promote a true shift left approach to test automation. To that effect, they regularly carry out initiatives such as testing dojos (immersive training with full time coaching available), brown bag sharing sessions, open office hours, internal open space conferences, and more. Another success factor for teams was the joint creation of a “shift left checklist” including desired outcomes (measured by metrics such as testing cycle time or software quality), clearly identifying what needs to be tested, how much to invest in automation, which specific skills are missing, tooling selection, CI/CD approach, and more.

Manuel Pais mentioned how Vanguard’s testing center of excellence was a clear example of an enabling team (a fundamental topology) helping product-focused teams upskill and achieve the required competences for end-to-end ownership of the products they are responsible for building and operating. Platform teams that provide common lower level services (for example, monitoring or aggregated logging) with a high degree of usability and reliability constitute another topology that helps teams adopt modern practices by avoiding the associated learning curve and cognitive load on the product team. The fourth and last fundamental team topology refers to complicated subsystem teams, but these should only be necessary when said subsystem requires PhD kind of specialized knowledge (for example, a video processing subsystem), said Pais.

Day 1 also showcased talks from local speakers on their DevOps journey, namely Diogo Oliveira detailing the challenges Outsystems faced in their adoption of Continuous Delivery at an enterprise scale, and Hugo Amorim describing the delivery pipeline at Banco BPI, a large Portuguese bank. Both speakers highlighted the need to treat the pipeline as a product, ensuring it is reliable (everything configured as code, avoiding manually created “snow flake” instances of the CI/CD tool), elastic and provides the best possible developer experience (DevEx).

There were also moments of relaxation such as Grace Chang’s self-challenge of 30 days without using Stack Overflow in order to see if their coding habits would change (hint: no conclusion there). Chang explained the need for intentionally distributing knowledge in organizations, for instance via knowledge roadmaps and automation of knowledge sharing mechanisms.

Besides active open space sessions, the first day included several Ignite talks, where Antonio Cobo’s brave karaoke talk (meaning the presenter does not know in advance what slides are going to be displayed) stood out.

Videos of the talks will be published in DevOps Days Portugal YouTube channel. According to the organizers, the next edition of the conference will take place in 2020 in the city of Oporto.