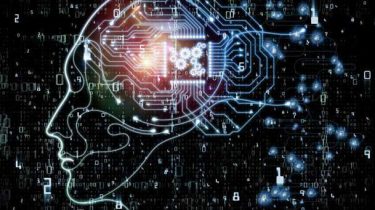 Amazon Web Services is making it easier for customers and partners to build GPU-accelerated AI applications, thanks to the addition of Nvidia’s NGC catalog of software to the AWS Marketplace.

AWS Marketplace is adding 21 software resources from Nvidia’s NGC hub, which consists of machine learning frameworks and software development kits for a variety of use cases that are optimized to run on Nvidia GPUs, the Santa Clara, Calif.-based company announced Friday.

This makes AWS the first cloud service provider to support NGC, previously known as Nvidia GPU Cloud, which will give customers and partners the ability to more easily spin up GPU-accelerated AI applications on AWS instances running Nvidia GPUs, like the A100-based EC2 P4d instance.

Adel El Hallak, director of Nvidia NGC, said in a blog post that developers and data scientists will be able to install Nvidia AI software with a single click on the AWS Marketplace. They can then quickly run it on Nvidia GPU instances from within the AWS console in conjunction with a variety of AWS services, from EC2 and SageMaker to Elastic Kubernetes Service and Elastic Container Service.

“We first began providing GPU-optimized software through the Nvidia NGC catalog in 2017. Since then, industry demand for these resources has skyrocketed,” El Hallak wrote. “More than 250,000 unique users have now downloaded more than 1 million of the AI containers, pre-trained models, application frameworks, Helm charts and other machine learning resources available on the catalog.”

Matthew DuBell, a consulting solutions architect for the Business and Analytics Advisors group at St. Louis, Mo.-based World Wide Technology, an Nvidia and AWS partner, said Nvidia expanding NGC to the cloud is important for enterprises that have been developing AI applications on their private cloud and are looking to scale up production.

“In the enterprise space, a lot of organizations are now just really wanting to get to scale in production, so having these apps as a starting point enables you to start learning how to use them and then determining what you need to build off of this versus doing it from the ground up,” he said. “To me, this gives you a good head start in that realm, and then allows you to start designing the business-rich features that you need in addition to these apps.”