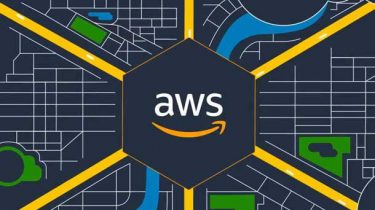 In last year’s version of the study, the firm changed its methodology and decided just industry heavyweights belonged in the highly influential report.

Those same six companies remain this year, and in the same quadrants.

The Big three of cloud—Amazon Web Services, Microsoft Azure and Google Cloud Platform—occupy the prestigious Leaders quadrant on the quadrant.

The other three providers—Oracle, IBM and Alibaba Cloud—are all situated across the diagonal as Niche Players.

But all those on the IaaS MQ have their own strengths and weaknesses that make them more likely to meet, or fail to meet, the demands of specific customers. Enterprises should consider those attributes when selecting a cloud provider.

Execution is represented on the Y-axis of Gartner’s chart; vision on the X-axis. That lands competitors into one of four quadrants: Niche Players (low in both criteria), Visionaries (complete vision but lacking execution), Challengers (good execution but lacking vision), and Leaders (excelling in both vision and execution).

Among the six providers evaluated this year, three landed in the Leaders Quadrant (Amazon Web Services, Microsoft Azure and Google Cloud Platform), and the three others were relegated to Niche Player status (Oracle, Alibaba, and IBM).

More than 13 years since it pioneered the IaaS market, Amazon Web Services is highest on Gartner’s Magic Quadrant in both vision and execution.

“AWS is the provider most commonly chosen for strategic, organizationwide adoption,” Gartner said.

But the analyst noted cloud transformation projects on AWS are best done in conjunction with a systems integrator.

Customers, from startups to SMBs to large enterprises, spend more, and deploy more mission-critical workloads, on AWS than any of its hyper-scale competitors.

“This speaks to how enterprises perceive AWS as a strategic provider of cloud infrastructure and platform services relative to other providers in the market.

In short, “AWS is the most mature, enterprise-ready provider, with the strongest track record of customer success and the most useful partner ecosystem.”

Gartner warned customers to be wary of the “frequent proclamations” of price reductions. They are not applicable to AWS services in a broad sense.

Also, because AWS prioritizes being first to market with new capabilities, it’s willing to launch feature-poor services, or those without deep cross-platform integrations.

Gartner also warned AWS partners that Amazon’s aggressive pushes into new markets often threatens existing vendors in those verticals, and their boards often direct IT to avoid AWS if possible.

Microsoft Azure, as it has been for years, is second only to Amazon on the Magic Quadrant, lagging noticeably only on the ability to execute axis (though higher by that measure than every other provider).

Microsoft’s cloud appeals to customers hosting legacy workloads and cloud-native ones, but for different reasons.

For traditional use cases, customers choose Azure to extend Microsoft infrastructure and build off investments in Microsoft technology.

Microsoft’s IaaS and PaaS do well with “Enterprises that are strategically committed to Microsoft technology.”

The end-to-end experience for building .NET applications and services and deploying them on Azure “is unsurpassed.”

Gartner also noted that Azure provides a “well-integrated approach to edge computing and Internet of Things (IoT)” from its hyper-scale data centers to edge solutions. And Microsoft has become increasingly open, with half of Azure workloads based on Linux and open source application stacks.

“Microsoft has a unique vision for the future that involves bringing in technology partners through native, first-party offerings such as those from VMware, NetApp, Red Hat, Cray and Databricks,” Gartner said.

Reliability continues to be a problem for Azure customers.

The cloud has seen several service disruptions over the last year, with many of those outages leaving customers no controls to mitigate downtime. They were mostly the result of “Azure’s growing pains.”

Last year, Google broke into the Leaders quadrant, joining AWS and Azure in that exclusive club. Google Cloud Platform remains in the same quadrant with its two largest rivals, though is still a distant third in market share.

Google Cloud Platform remains a strong choice for big data, machine learning, cloud-native applications and other apps that need to be optimized for cloud-native operations.

But Google’s cloud is also “beginning to attract enterprises” looking to host traditional workloads, such as SAP, on a stable platform.

Google’s internal innovations around automation, containers and networking have done a lot to boost its IaaS and PaaS capabilities. And Google’s technology is uniquely centered around open-source ecosystems.

The provider is moving past cloud-native startups to expand its reach into the enterprise. It is leveraging “differentiated technologies on the forward edge of IT” to do this, Gartner noted, specifically in analytics and machine learning.

That leads some enterprises deploying applications anchored around data-centric technologies like BigQuery to see Google as a strategic provider.

“Google demonstrates an immaturity of process and procedures when dealing with enterprise accounts, which can make the company difficult to transact with at times,” Gartner said.

That immaturity is mostly seen in contracting, discounting, licensing for ISVs, and integrations with enterprise systems and support.

“Google has a much smaller pool of experienced MSP and infrastructure-centric professional services partners than other vendors in this Magic Quadrant.”

Two years after the Chinese e-commerce giant broke into the Gartner IaaS Magic Quadrant, its cloud, called Aliyun in Chinese, remains in the Niche Player category.

Gartner only evaluated the company’s international service, headquartered in Singapore.

Alibaba Cloud is still the market leader in China, and it performs well for Chinese digital businesses and the Chinese government.

While the company offers private options in China for building hybrid clouds, outside its home country it’s mostly used by cloud-first workloads demanding agility, even after striking partnerships in 2018 with VMware and SAP.

Gartner noted “an extensive set” of integrated IaaS and PaaS features, which are “comparable in scope to the service portfolios of other globally focused hyperscale providers.”

The company’s close relationships with the Alibaba Group helps the cloud service “act as a bridge” into China for international companies, and out of China for Chinese ones.

The international service Gartner evaluated doesn’t have all the capabilities offered in China, nor the feature depth of competitors like AWS, Microsoft and Google. And in many regions, services are only available for specific compute instances.

The cloud “has limited capabilities in terms of an MSP ecosystem, third-party enterprise software integration and operational tools.”

Financial losses are growing, and they may prevent Alibaba’s further investment in expanding into international markets.

Two years ago, Oracle’s cloud made a debut on Gartner’s Magic Quadrant as a Visionary. But last year, thanks to Gartner’s modified evaluation criteria, Oracle dropped into Niche Player status, where it remains this year.

The cloud offers both virtualized and bare-metal servers, with one-click installation and configuration of Oracle databases and container services.

“OCI is best suited for enterprises requiring cloud IaaS for Oracle applications and for applications that require an Oracle Database,” Gartner said.

The tech giant’s cloud strategy relies on its applications, database and middleware, and spans the stack, from IaaS to PaaS to SaaS.

“Oracle’s cloud IaaS is primarily an infrastructure foundation for its other businesses,” Gartner noted. “Oracle is mainly targeting customers who want to run Oracle software on cloud IaaS, particularly those who prefer to run on Exadata appliances and bare-metal servers.”

Oracle has done a good job of attracting talent from other cloud providers to build well-designed infrastructure. It’s also seen good progress in winning new customers, and getting existing ones to use more OCI.

Gartner said it’s unlikely Oracle will ever be seen as a general-purpose provider of integrated IaaS and PaaS because of the dominance of the hyper-scale powerhouses and Oracle’s late entry into the market.

Oracle’s “polarizing nature” with developers can also be a problem, as they are the ones who often influence decisions around public cloud adoption.

“Many features developed for OCI will not be extensively used by Oracle’s core customer base as the company is building capabilities mainly in response to RFPs, which are often designed around the capabilities of the established hyperscale providers,” Gartner said.

IBM Cloud represents the evolution of Big Blue technology, from the SoftLayer acquisition to its previous Bluemix offering.

“IBM appeals to its existing customers who have a strong preference to purchase most of their technology from IBM,” Gartner said.

Those customers usually have traditional workloads. But IBM Cloud infrastructure can be used to enable emerging IBM solutions, like Watson artificial intelligence.

IBM’s latest message around hybrid and multi-cloud does not directly challenge other providers on the Magic Quadrant.

Instead, IBM “offers capabilities and tooling to enterprises, allowing them to choose the cloud environment that is best for their specific application requirements, positioning IBM Cloud as a niche or specialty offering during the selection process.”

IBM’s Next-Generation Infrastructure project has realized only incremental improvements to the services acquired through SoftLayer. It hasn’t delivered on the fundamental goal of a set of IaaS capabilities based on principles of hyperscale architecture, Gartner said.

“Given this, it is unlikely that IBM will become a competitive public cloud IaaS provider,” Gartner concluded.

And despite its global set of data centers, “the IBM Cloud experience remains disjointed, as many features are available only in specific locations.”

That’s one reason IBM customers are most dissatisfied than those of other vendors on the Magic Quadrant.

IBM also has fewer partnerships with major software vendors of the kind that drive deployments.