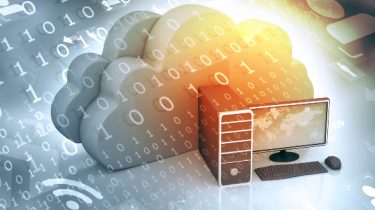 ARMO this week emerged from stealth to launch a platform to secure cloud-native workloads and improve visibility. The ARMO Workload Fabric technology attaches code within the memory invoked by a microservice to enable cybersecurity policies to be applied via a cloud service.

Company CEO Shauli Rozen said the ARMO Workload Fabric is designed to enable IT organizations to implement a zero-trust architecture more easily within the context of a DevSecOps workflow.

Fresh from raising $4.5 million in seed funding, Rozen said ARMO’s approach eliminates the need to deploy and manage agent software, container sidecars or runtime application self-protection (RASP) software to enforce security policies across what inevitably will become thousands of microservices distributed across an enterprise IT environment.

That leaner approach then allows for a centralized management platform that can be deployed on a cloud or on-premises IT environment to apply policies that restrict which microservices can communicate with one another, Rozen said. The approach would ensure that only microservices developed using a continuous integration/continuous delivery (CI/CD) platform are allowed to communicate with other microservices, Rozen said.
That approach allows policies to be applied to microservices regardless of how they are constructed, Rozen said. That capability is critical, because developers are building microservices using everything from Python and Java to containers, he said. Many of those microservices are also frequently replaced, Rozen said, which can make updating any associated agent software a significant DevOps challenge. Given all the existing dependencies between microservices, overall application environment security is only as strong as the proverbial weakest link. The ARMO Workload Fabric enables developers to add a small amount of code to implement security policies each time a microservice is rolled out into a production environment.

As part of an effort to make it simpler for IT organizations to apply those policies, ARMO provides a pre-built set of policies that organizations can immediately apply, in addition to creating their own polices over time, Rozen said. In many cases, IT teams simply don’t have the time or expertise required to build those policies, Rozen added.

Microservices are being built and deployed at such a breakneck pace that it’s nearly impossible for cybersecurity teams to keep up. The ARMO Workload Fabric provides cybersecurity teams a means to centrally manage security policies that would otherwise be implemented as code by developers. It provides a level of observability for how those cybersecurity policies are being implemented across microservices that typically have a lot of dependencies on one another, Rozen said.

Most organizations today recognize there is a clear need to shift responsibility for application security further left toward developers. The challenge is finding a practical way to achieve that goal, and in a way that doesn’t adversely impact the rate at which applications are being developed. The key to achieving that goal is finding a way to apply microservice security polices that causes the least amount of friction possible to existing DevOps workflows.