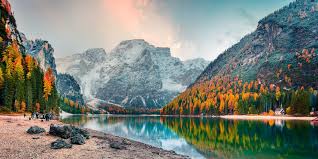 Microsoft’s AMD-based Dav4 VM family is now the default SKU for Azure Data Explorer clusters, while the Easv4 and Lsv2 instances — also AMD based — are aimed at customers that need high SSD performance or are working with storage-heavy workloads, respectively.

According to Microsoft, AMD’s product will bolster CPU performance by more than 30%, and up to 50% in some workloads. Combined with a new Kusto analytics engine, the cloud provider claims a 30-fold improvement in operational efficiency.

With these scenarios in mind, Microsoft rebuilt the engine in a bid to improve performance. Kusto EngineV3 included a complete “redesign of the data storage format, native code generation for portions of the query plan, and automatic selection of strategies based on data shard statistics,” Barash explained.

Alongside the new engine, which is now available in public preview, Azure is also adding streaming telemetry and key query language (KQL) support to their service.