7 DevOps Engineer Skills You Should Add To Your Resume 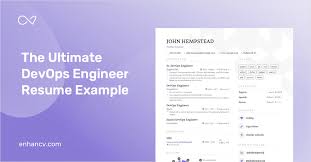 Source:- analyticsindiamag.com
Universally, in order to create a good resume, one must focus on the recruiter’s perspective. With the growth of emerging technologies, the competition among the candidates has also grown to a much greater extent. In the present scenario, with a combined knowledge of technical skills and soft skills, a DevOps engineer plays a multi-faceted role in an organisation.

In this article, we list down seven skills that are the top ‘must-haves’ for a DevOps engineer.

Knowledge of programming languages is one of the most important criteria in IT sectors. Coding skills are needed to develop scripts, run deployments, managing integration tools and almost everything that one can know of. In one of our articles, developers from prominent organisations mentioned the importance of programming languages such as Python, Java, JavaScript, Node.js, etc. To be ahead in a developer’s roadmap, one must at least some of these languages along with Go, Rust, Ruby, Scala, among others.

Data is the new fuel. It has been changing and shaping the dimensions of growth in an organisation. Companies are achieving their goals by fueling data into their business decision-making. A keen understanding of databases is needed for accessing data within the organisation, finding the right data, get better updates, and much more. A DevOps Engineer must have knowledge of popular databases like MySQL, MongoDB, PostgreSQL and other such.

3| Proficient in Pipelines And Trending Toolkits

Besides gaining a lot of knowledge of tools and toolkits, one must also know where to use those tools. Continuous Integration and Continuous Deployment can be said as the two best practices that have gained a lot of traction these days. Tools like Jenkins, Circle CI, Travis CI, etc. are some of the most popular ones. Once you understand the use of these practices, you can easily make small changes in the code which will be easier to handle, enhancing the scope of fault isolations, helps in reducing Mean Time To Resolution (MTTR) and much more.

Cloud Service providers like AWS, GCP, Azure, among others play a vital role in an organisation. Being a DevOps Engineer, it is important to have a keen knowledge and understanding of the chosen cloud provider’s service in the organisation s/he is working on. Knowledge in cloud services will help you in effective monitoring, easy automation build cloud native systems as well as ensure best practices with the cloud services.

Certifications have found their way in almost every organisation as they help a professional to achieve advancements in the working field. Adding a certification in the resume helps as a preference while being evaluated as a job candidate. There are a number of certifications available these days such as AWS Certified DevOps Engineer and other such, adding them will provide with an additional point than the rest.